Volvo Car Group has reached an agreement with its parent Geely Holding to acquire full ownership of the Luqiao manufacturing operations in China, consolidating the plant within the company’s own assets.

Following previous agreements between the two parties, this transfer means that within the next two years, Volvo Cars will fully own all plants producing its cars.

The plant’s manufacturing capacity will be fully available to Volvo Car Group, further strengthening the company’s position in China, its largest market. Additionally, the transfer creates a clearer ownership structure within both Volvo Car Group and Geely Holding.

The manufacturing plant, which has been owned by Geely Holding with operational support by Volvo Cars since its inauguration in 2017, will continue to produce the Volvo XC40, the fully electric XC40 Recharge and Polestar 2 models.

In line with Volvo Cars naming convention for its other plants in China, the Luqiao plant will from now on be referred to as the Taizhou plant, reflecting the name of its home city instead of its home district.

“The transfer of the Taizhou plant is a sound and logical move for both parties, as the plant is now fully dedicated to produce Volvo Car Group’s cars,” said Javier Varela, head of Engineering and Operations. “It is symbolic that the plant that produced the first unit of our first fully electric car, the Polestar 2, will continue to help us grow in our aim to become a global leader in the premium electric car segment.”

Geely Holding and Volvo Cars are continuously working to optimise collaboration and the operational structure within the wider group. The transfer of the Taizhou plant follows the creation of Aurobay, a new, stand-alone business merging the companies’ powertrain operations, as well as an agreement in July, stating that Volvo Cars will acquire Geely Holding’s stake in the companies’ joint ventures in China.

As Volvo Cars already operates the Taizhou plant, there will be no changes in its operations following today’s agreement. All of the plant’s 2,600 employees, including manufacturing and supporting functions, will be transferred to Volvo Cars from Geely Holding.

Keywords:
Product News
Descriptions and facts in this press material relate to Volvo Cars' international car range. Described features might be optional. Vehicle specifications may vary from one country to another and may be altered without prior notification.
To view the full copyright information click here
Media Contacts
Related Images
Oct 18, 2021 ID: 289352 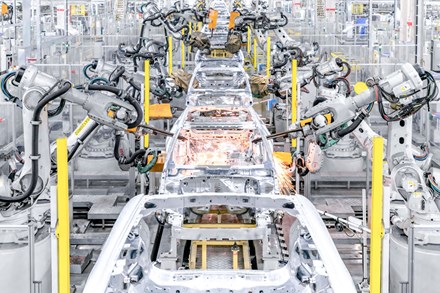 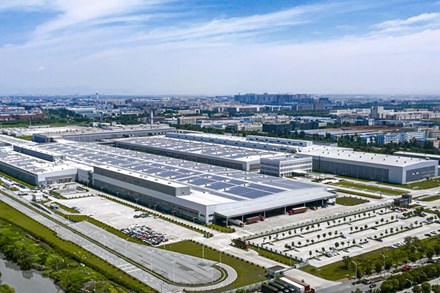