The automotive industry is changing. Technological developments and environmental requirements are reshaping what a car is, how people expect to be transported and how they interact with a car.

Effective April 1, Volvo Cars is restructuring its executive management team to reflect these changes and position itself for the future.

With these changes, Volvo will place technological developments and digitalization at the core of the company’s future strategy, focus on its core global business and adapt to new ways of interacting with customers in future.

Lex will be responsible for Care by Volvo, the company’s subscription service, and the stand alone unit M, the shared mobility service as well as Uptime, the company’s new customer service business.

Henrik Green will continue to run Research and Development, and lead the Product Creation & Quality cluster which is to be expanded with the inclusion of Design and Consumer and Enterprise Digital. This structure strengthens the linkage between Volvo Cars’ consumer digital and in-car software development.

Other changes to the Executive Management Team

In an unconnected move, Hans Oscarsson, head of Finance, will from August 1 take up a new position as chief executive officer of Geely Sweden Holding AB, the company responsible for the Geely group’s investments in the Nordic region. His replacement will be announced at a later date.

Keywords:
Corporate News, Product News
Descriptions and facts in this press material relate to Volvo Cars' international car range. Described features might be optional. Vehicle specifications may vary from one country to another and may be altered without prior notification.
To view the full copyright information click here
Media Contacts
Related Images
Jan 28, 2019 ID: 248015 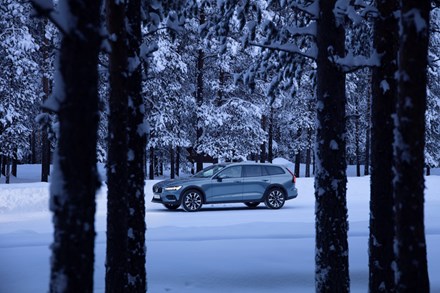