They jointly established Volvo Cars as one of the world’s leading premium car brands. Thomas Ingenlath, Robin Page and Maximilian Missoni worked closely together in developing a proud and confident Scandinavian design language through their differentiating, collaborative approach.

Last week, Volvo Cars for the first time brought together its three design heads and the full range of new cars they designed at a special event in Stockholm.

The new range exemplifies the transformation of the company’s finances and operations in recent years, with five consecutive global sales records since 2014 and a strong improvement in profitability.

Having transformed the look of Volvo Cars’ portfolio and rejuvenating the Volvo brand in recent years, the three designers will now focus on future design opportunities created by the company’s move towards electrified and ultimately autonomous cars.

The XC90 large SUV, launched in 2014, was the first model to introduce Volvo’s new design language. It set the tone for all subsequent new 90, 60 and 40 Series cars, based on the SPA and CMA modular vehicle architectures that allow for true premium proportions.

All three SUVs in the range won prestigious Car of the Year awards in North America, Asia and Europe, demonstrating the success of Volvo’s new design language.

“Working with Max and Robin is very pleasant. We feel comfortable around each other and it is inspiring working together,” said Thomas Ingenlath, chief design officer. “What I am most proud of is taking this incredible brand and putting it into the right frame of a premium Scandinavian brand, with a design that makes it an attractive and desirable product.”

“We have a really good friendship and a good way of working together as colleagues,” said Robin Page, head of Volvo design. “Before Max and I arrived at Volvo, Thomas created the strategy and then we built the team needed to deliver his vision. The result is here today, with a fantastic range of cars.”

“I think we really elevated Volvo’s design into the premium segment,” said Maximilian Missoni, head of exterior design. “Thomas’ greatest strength is that he is a visionary and he has that sense for the next big thing. Robin has transformed the interior design and quality of Volvo to an absolute benchmark.”

The team’s collaborative approach extends beyond design. For example, they worked closely together with Volvo Cars’ safety experts in developing communication methods for future autonomous cars, as displayed in the 360c concept. The concept also illustrates the value of creative design that opens up new potential business opportunities.

“We’ve seen a massive change during the past five years, from where Volvo was to where we are now,” Robin Page said. “A lot of that is about the design of the cars and the fact they represent Volvo and Scandinavia so well. Looking at the next generation of cars, it will be interesting to see how we embrace new technologies and create the essence of Scandinavian design in these new products.”

Keywords:
Product News
Descriptions and facts in this press material relate to Volvo Cars' international car range. Described features might be optional. Vehicle specifications may vary from one country to another and may be altered without prior notification.
To view the full copyright information click here
Media Contacts
Related Images
Dec 17, 2018 ID: 247230 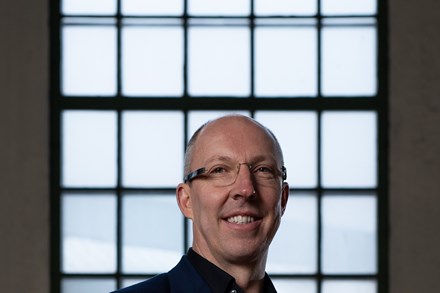 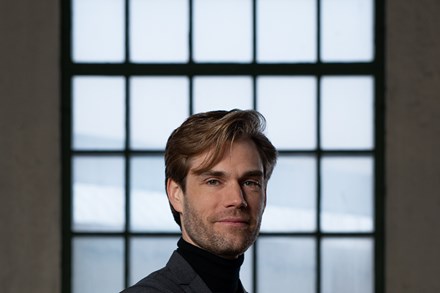