Volvo Cars will showcase the 1967 Volvo 1800 S once owned by Sir Roger Moore and featured in television’s ‘The Saint’ at the Volvo Cars Heritage stand at Techno-Classica Essen, Germany, March 21-25.

Moore’s car was built at the Volvo Torslanda plant in Sweden, in November 1966. The 1800 S in Pearl White is equipped with Mini-Lite wheels with the rare original ‘truncated’ spoke design, Hella fog lamps and a Volvo wooden steering wheel. Inside, the car still has details from the filming of ‘The Saint,’ such as a thermometer on the dashboard and a separate interior fan, used to cool the actors during studio filming.

At Techno-Classica, Moore’s car will park alongside another Volvo 1800, an immaculate 1967 model belonging to Håkan Samuelsson, president and CEO of Volvo Cars. Samuelsson’s classic is painted in the unusual Light Green colour and is arguably one of the finest 1800s in Europe.

“‘The Saint’ with Roger Moore was my favourite TV-show in the sixties and since then I always wanted a P1800,” said Samuelsson. “It is the most legendary Volvo model of all time and a great example of Scandinavian design.”

In ‘The Saint,’ the car sported the famous ‘ST 1’ plates and made its debut in the episode, ‘A Double in Diamonds,’ filmed in February 1967. It was then lead character Simon Templar’s transport until the series ended in 1969.

Moore later sold the car to actor Martin Benson, who played Mr Solo in the James Bond film ‘Goldfinger’ (1964). Several owners followed and in the early-2000s the car was carefully restored to near-original condition.

The future will also be on show in the form of the new XC40, Volvo’s historic first entry in the small premium SUV segment. The XC40 launched in September 2017 and is proving popular among car buyers, with global XC40 orders already exceeding 20,000 units.

Keywords:
P1800, Motor Shows, Events/Activities, Historical, 1961, 2018, XC40
Descriptions and facts in this press material relate to Volvo Cars' international car range. Described features might be optional. Vehicle specifications may vary from one country to another and may be altered without prior notification.
To view the full copyright information click here
Media Contacts
Related Images
Jul 25, 2014 ID: 225617 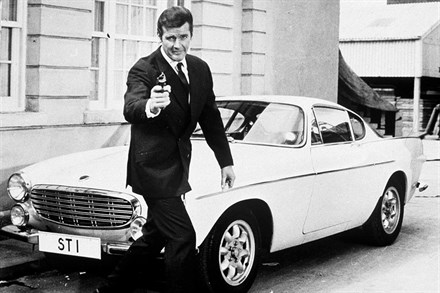 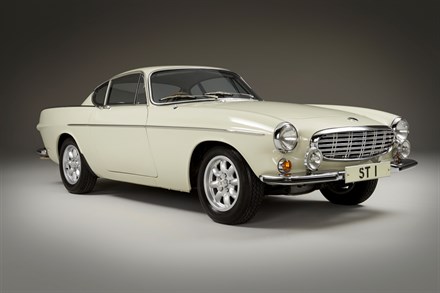