The four-time STCC champion has moved up to second in the drivers’ championship, just four points from the top spot. Björk finished third in the opening race and challenged race leader Norbert Michelisz in the main race for the victory, despite carrying 30 kilos more, to finish second.

“My goal was to fight for the podium in both races, gain on the championship lead and we managed just that. The team gave me a really good car this weekend that provided me with a lot of confidence, despite carrying full weight. I am very happy to be just four points from the World Championship lead at mid-point of the season,” said Thed Björk.

Team-mate Nicky Catsburg dropped to third in the driver standings but managed to secure two top-five finishes and is just ten points from the championship lead.

“I would say that I am quite happy with the results considering the weight difference to Honda at this track. I lost some points, but to still be third in the championship and that close to the lead at this stage in the championship is really good,” said Nicky Catsburg.

Volvo leads Honda by 28 points as the half-way point of the 2017 FIA World Touring Car Championship season has been reached.

“The result from this weekend was pretty much what we could hope for. Thanks to a massive effort by everyone in the team, we leave Vila Real and the fantastic crowd with a maintained championship lead. We are quite pleased and our position for the remainder of the season is excellent,” said Alexander Murdzevski Schedvin, Head of Motorsport at Polestar.

Néstor Girolami claimed two top-ten finishes after suffering from technical issues and hopes to bounce back at his home race in Argentina.

“I had vibration issues in the races today and that stopped me from getting better results unfortunately. I hope to secure a much better result in my home race, like we did in Marrakech and Monza. We will keep pushing, that is for sure,” said Néstor Girolami.

Keywords:
Product News
Descriptions and facts in this press material relate to Volvo Cars' international car range. Described features might be optional. Vehicle specifications may vary from one country to another and may be altered without prior notification.
To view the full copyright information click here
Related Images
Jun 25, 2017 ID: 209918 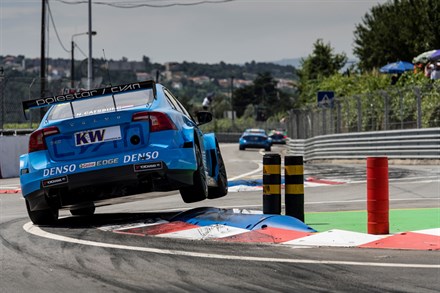 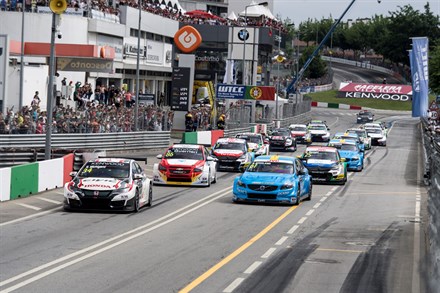