Moody’s said in its analysis: “The upgrade of Volvo Car’s ratings reflects the company’s strong operating performance over the past 12 months based on the successful introduction of the new XC90 and our expectation of further improvements in the company’s credit metrics driven by several new product launches, including the recently launched S90 and V90, over the next 2 years.”

Regarding the outlook, Moody’s stated: “The stable outlook is based on our expectation that the renewal programme and subsequent sales and earnings growth will lead to a further improvement in Volvo Car’s credit metrics, which will position it comfortably in the current rating category.”

Earlier this year, Volvo Cars successfully placed its first corporate bond, raising EUR 500 million. The proceeds from the bond issue were raised for general corporate purposes and aimed at increasing the company’s financial flexibility and diversifying its funding sources.

Keywords:
Corporate News
Descriptions and facts in this press material relate to Volvo Cars' international car range. Described features might be optional. Vehicle specifications may vary from one country to another and may be altered without prior notification.
To view the full copyright information click here
Media Contacts
Related Images
Sep 15, 2016 ID: 198321 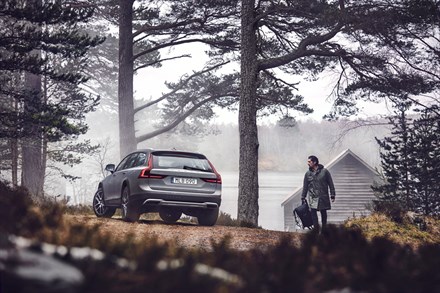