“Driverless cars will see our journeys become faster, cleaner and safer. The UK is leading the way in developing the technology needed to make this a reality thanks to our world-class research base and these types of trials will become increasingly common," Sajid Javid, UK Secretary of State for Business, Innovation and Skills said. “Such advances in technology prove the fourth industrial revolution is just around the corner and our determination to be at the forefront is why we are attracting top names from across the globe for real-world testing.”

Keywords:
Safety, Environment, Technology, Sustainability
Descriptions and facts in this press material relate to Volvo Cars' international car range. Described features might be optional. Vehicle specifications may vary from one country to another and may be altered without prior notification.
To view the full copyright information click here
Media Contacts
Related Images
Apr 07, 2016 ID: 189511 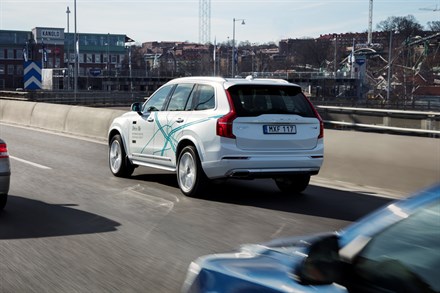