“Forsman & Bodenfors’ deep understanding of the Volvo brand, combined with their proven creative leadership, will play a decisive role in the continued transformation of Volvo Cars,” says Björn Annwall, Senior Vice President of Marketing, Sales and Service at Volvo Cars.

The aim is to continue to boldly portray Volvo Cars’ main point of differentiation – human centricity, powered by the distinctly Swedish pedigree - sometimes in unconventional ways.

“Forsman & Bodenfors has been a fantastic partner for many years, dedicated to growing our business in Sweden and creating many award winning campaigns in the process. We look forward to bringing that same relentless, creative excellence to the global arena,” says Thomas Andersson, Vice President of Global Marketing.

Erik Sollenberg, CEO of Forsman & Bodenfors commented, ”Volvo is the gem of Gothenburg, and Gothenburg is our hometown. The bond between the agency and Volvo runs deep and long. Our journey together started almost 25 years ago and we are going to make sure Volvo wants us by their side 25 years from now. This iconic brands’ journey into the future will be the greatest of rides and we are looking forward to every step of the way.”

“Bringing in Forsman & Bodenfors gives Volvo Cars the best possible creative strategy for our increasingly global business. We look forward to collaborating closely with them to unleash the full potential of the Volvo brand,” says Thomas Andersson.

Keywords:
Corporate
Descriptions and facts in this press material relate to Volvo Cars' international car range. Described features might be optional. Vehicle specifications may vary from one country to another and may be altered without prior notification.
Media Contacts
Related Images
Oct 15, 2015 ID: 168526 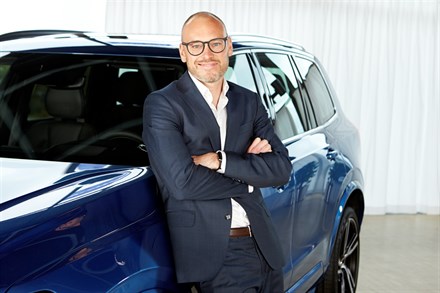