The following colours will be available for the Volvo XC90:

Active Bending Light - moving headlamp beams that follow the curvature of the road - help maintain the best possible visibility in the dark on twisting roads.

The Volvo XC90 can be equipped with the HomeLink system. The system makes it possible to operate up to three remote controlled home devices (e.g., garage door, home alarm system, etc.) via a module integrated into the sun visor. HomeLink contributes to easy and safe access to your home.

The Volvo XC90 was launched with a range of five- and six-cylinder engines. All are fitted transversely in keeping with Volvo's modern powertrain concept. They are designed to operate smoothly, with low vibration and high torque across a wide rev range.

An in-line six-cylinder, normally aspirated engine was launched in 2006. The engine is extremely compact and mounted transversely, for optimum crash safety and maximum cabin space.

The engine programme for the Volvo XC90 looks as follows:

Keywords:
XC90 (2002-2014), 2009, Product News
Descriptions and facts in this press material relate to Volvo Cars' international car range. Described features might be optional. Vehicle specifications may vary from one country to another and may be altered without prior notification.
To view the full copyright information click here
Related Images
May 27, 2008 ID: 15486 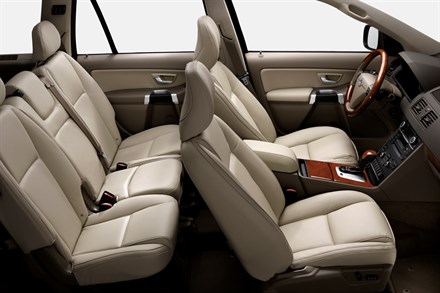 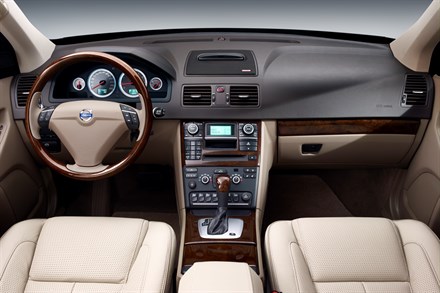