With two decades in the industry, several award wins and a surplus of passion, Steve Mattin is the man to set his stamp on Volvo cars of the future. "A car is a sculpture on wheels," he says.

Steve Mattin is patently passionate about cars and design, but still quite unassuming about his role at Volvo. He points out that designing a car is always a team effort, calling for commitment from all concerned. He describes himself as something of a perfectionist, anxious to see the design process all the way through - from first sketch to finished vehicle.
Being British and having spent many years in Germany he sees as a distinct advantage to being Senior Vice President Design Director at Volvo Cars.

"I can see things with fresh eyes. My international experience helps, as well as coming from another major premium brand," says Steve Mattin who spent 18 years with Mercedes-Benz before joining Volvo Cars.

Steve graduated from Coventry University in 1987 with a BA (Hon.) in Industrial Design (Transportation). England is his native country and for 18 years Germany was his ‘social home'. But as soon as he had accepted Volvo Cars' offer, he suddenly started noticing Volvos more and more.
"They started following me and the only parking spaces were next to Volvo cars. They seemed to be everywhere!"
"I tend to live the brand - it is fixed in your brain and becomes impregnated in your soul," says Mattin. And after slightly more than two years Volvo has become a natural part of him.

In between finishing at DaimlerChrysler and starting at Volvo he took a trip to New Zealand. There he borrowed an XC90 and toured the country for three weeks.
"It was a great opportunity to get to know Volvo and the car," he says. He was able to combine three of his favourite things - travelling, driving and photography. Covering 8,000 kilometres in all, he took about 3,000 photos en route.

His career in motor vehicle design began when he was only 15. He and a friend entered - and won - a design competition organised by BP. Today he describes their winning entry with a smile, but that is not his only award. In 1997 Steve was to be named "Designer of the Year" by the British motoring magazine Autocar.

He gets a real kick out of seeing the finished Volvo on the roads.
"You can be anywhere in the world and see one of your cars. You spread your own personality and creativity onto the rest of the world."
The car industry is very prone to changing trends, but a judicious approach is essential. I try not to follow trends. It is best to be a trendsetter yourself," he says and points out that you need to avoid blandness.  He means Volvo needs to maintain its independence and preserve the uniqueness of its brand.

He is conscious of the designer's share of responsibility for ergonomics, safety and environmental aspects, and believes that good design is essential to enhance a brand's core values.
"Good design will last well and still be seen as fresh and new, years later. Design and quality go together - not just fit and finish, but also visual quality."

Steve Mattin grew up in the village of Wootton, in Bedfordshire, England. Fond of drawing for as long as he can remember, he thought at first that he wanted to be an architect. His father, an electrical engineer, was fascinated by cars, and he soon started taking Steve and his younger brother to England's biggest car show each year.

"It was the highlight of the year. From the age of eight onwards, I thought about nothing but cars."

When it comes to inspiration, everything is grist to his mill - the Swedish nature and light, authentic materials, buildings, furniture, and consumer products in general. Above all you need to keep your eyes open. Even the tiniest detail can etch itself somewhere in your memory and come in useful at a later date.
"Design is a passion I have, so it is difficult to screen off. It is never an eight-to-five job. I find inspiration anytime, anywhere," says Steve Mattin.

Since joining the company Steve Mattin has developed Volvo's future DNA. Taking off in a Swedish design tradition he has brought new expressions and more emotional values to Volvo's design. With the S80 Executive he is now adding a highly exclusive touch to the Volvo brand.

"Our design goal was that the Volvo S80 Executive should express timeless elegance, alertness and smooth movement.  The lines are clean and inspired by the Swedish nature. And the choice of authentic materials makes the compartment a comfortable and luxurious home away from home. Every single detail has been designed to enhance the luxury experience."

Keywords:
Life Style, Volvo People, Design, 2008, S80 (2008-2016)
Descriptions and facts in this press material relate to Volvo Cars' international car range. Described features might be optional. Vehicle specifications may vary from one country to another and may be altered without prior notification.
Media Contacts
Related Images
Apr 18, 2005 ID: 9013 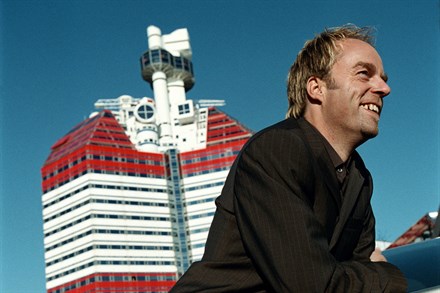 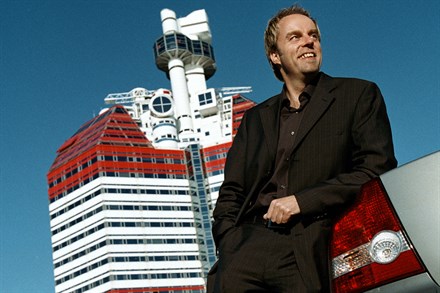 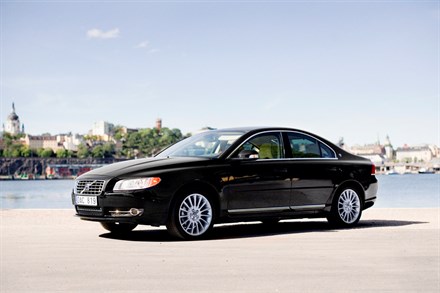 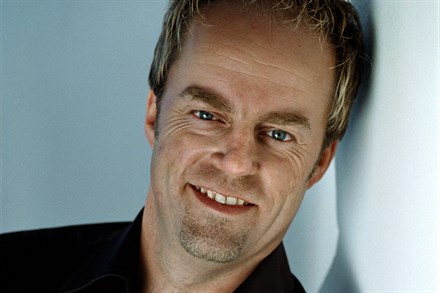