The international panel judging these awards assessed entries on criteria including headlines, editing, printing, picture quality, linguistic style, openness of communication and scope for staff to air their views. The panel considered that Agenda Magazine is very consistent from language to language, have lively photos and a strong visual appeal.

"All information work starts with good internal communication. This award is proof of the high calibre of Agenda Magazine - an important culture bearer and a strategic communication channel within the company," says Senior Vice President Public Affairs Olle Axelson.

FEIEA (The Federation of European Business Communicators' Associations) was founded in 1955 and has members throughout Europe. There were over 200 entries in twelve categories for this year's Grand Prix awards.

Agenda Magazine is printed in 33,000 copies in three languages: Swedish, English and Dutch. It is distributed nine times a year to all Volvo Cars' employees round the world.

The magazine is produced by Volvo Cars' Public Affairs department in cooperation with the publishing agency Studio Desktop. Jeanette Carlsson is Editor-in-chief. The journalists Ann-Mari Robinson and Håkan Hermansson are Managing Editors.

The award was delivered at a ceremony last Friday in London.

Keywords:
Awards, Corporate
Descriptions and facts in this press material relate to Volvo Cars' international car range. Described features might be optional. Vehicle specifications may vary from one country to another and may be altered without prior notification.
Media Contacts
Related Images
Nov 12, 2007 ID: 12937 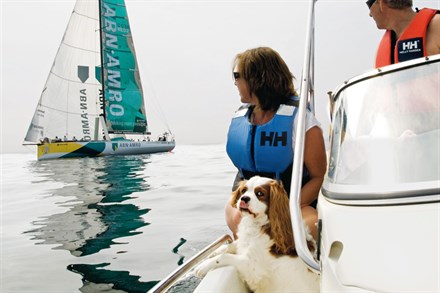