20 years ago marked end of the line for people's favourite

On May 5, 2013, it is 20 years since Volvo's single best-selling model, the 240 series, went out of production. Almost 2.9 million cars were made during the 19 years the 240 was produced. The car that first was criticized for its boring and boxy appearance managed to set the international standard for both safety and environment, win the European Touring Car Championship and achieve the status of yuppie cult car before it was discontinued in May 1993.

The Volvo 240 was introduced in August 1974 as a logical continuation and development of the popular 140 series of cars, featuring a number of new and innovative technical solutions. This was especially emphasized by the very high level of safety and the car bore a strong visual resemblance to the VESC safety concept car that Volvo had showed two years earlier. This, among many other details, meant very large bumpers which gave the 240 its characteristic protruding jaw up front. The 240's dynamic and safety properties were well received but less so its aesthetic values. The design was considered boring and perpendicular.

After a long series of crash tests carried out by the traffic safety authority NHTSA, it became clear that the Volvo 244 provided the best occupant protection by a wide margin. The results were therefore used to form the basis for the future US safety legislation for all cars that were going to be sold on the American market.

Volvo 240 was a step, or more, ahead of the industry in terms of safety and environmental care and was a model that was continuously developed and updated during its existence. The cars were refined and revitalized over the years. New technical solutions were added; turbocharged and diesel engines were introduced at an early stage. The reputation for being a boring car was efficiently erased when the Volvo 245 showed itself to be the world's quickest estate car and when the "Flying brick" swept the competition off the racing circuits of Europe on its way to become the Group A champion.

The very last 240 to be built was also a special, a shortened version made just for fun by the project. This short 240 was a thank you for the efforts done by the entire 240 crew and symbolized shortened leadtimes. The last 245 to reach a customer went to a Swedish lady who was handed her keys by P G Gyllenhammar at a small ceremony beside Line 2:4-2 under the motto "The last 240 and the best".

Keywords:
244, 245, Historical
Descriptions and facts in this press material relate to Volvo Cars's international car range. Described features might be optional. Vehicle specifications may vary from one country to another and may be altered without prior notification.
Related Images
Nov 03, 2003 ID: 6382 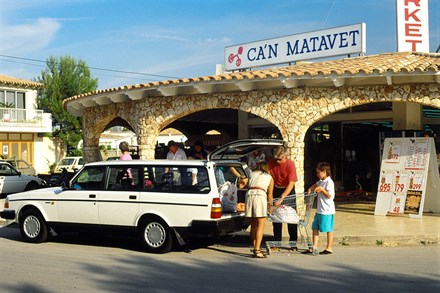 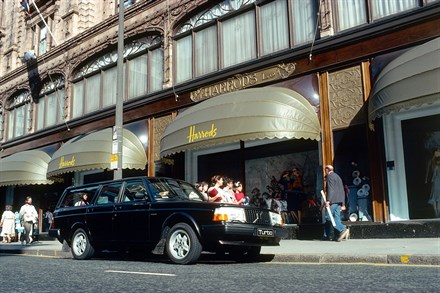 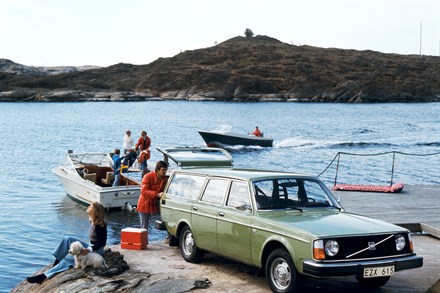 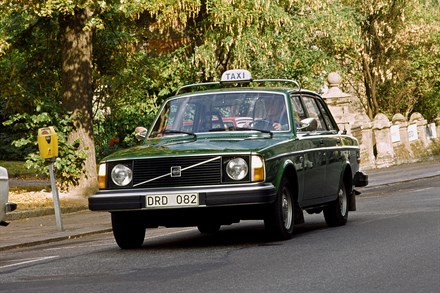