The Twilight Saga is back! - And once again there are vampires, werewolves and - a Volvo.
Summit Entertainment's "The Twilight Saga: Breaking Dawn - Part 1", the fourth movie in The Twilight Saga, is currently in theatres and with a third different Volvo. Following in the tire prints of the Volvo C30 and Volvo XC60 comes Edward Cullen's new Volvo of choice - a Saville Grey metallic Volvo S60 T6 R-design - an inspired choice, as this is the latest production version of the car that he drives in the books.

Volvo Car Corporation is delighted that its association with The Twilight Saga continues and once again is supporting the movie launch with a global campaign. From North America to South America, across Europe, S Africa and Australia there have been a series of competitions seeking to engage The Twilight Saga fans.

In particular, fans in a number of countries have been invited to enter a local Facebook contest to showcase what they would wear to Edward and Bella's wedding, with submissions posted and voted upon, with the most popular entrant winning tickets to 'The Twilight Saga : Breaking Dawn - Part 1'.

And, in the Volvo "Journey to the Wedding" game, participants in different countries around the world have a chance to win a Volvo S60 R-Design just like Edward's, and also a trip for two to Rio de Janeiro where they will get to follow in the footsteps of Edward and Bella in The Twilight Saga: Breaking Dawn - Part 1, including a stay at the same house where they spent their honeymoon. Once more the Volvo Twilight Saga-inspired online activity is capturing the interest and imagination of thousands of fans.

"Volvo is delighted to have an authentic role in The Twilight Saga" says Paul Walder, Global Marketing Investment Manager at Volvo Cars Headquarters in Gothenburg, Sweden. "We love the passion and the loyalty of the fans and have set out to help them to immerse themselves in the story, whilst also reminding them along the way of course that Edward has great taste in cars. This is an excellent way for us to reach out to a discerning group of existing customers, potential customers and influencers, many of them younger than who Volvo has traditionally attracted. The Twilight Saga has helped us to show them that Volvo is a truly modern luxury car brand".

Volvo Car Corporation develops, manufactures and sells Volvo cars. In 2010, about 373,000 Volvo cars were sold. Volvo Cars is represented in approximately 100 countries globally. Research and development is located in Gothenburg, with production in Sweden, China, Belgium, Thailand and Malaysia.

Keywords:
Old S60, C30, Life Style, Events/Activities
Descriptions and facts in this press material relate to Volvo Cars's international car range. Described features might be optional. Vehicle specifications may vary from one country to another and may be altered without prior notification.
Related Images
Nov 18, 2011 ID: 40764 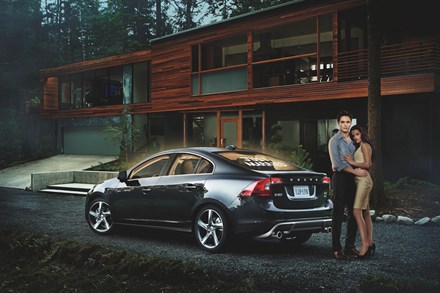