OTTAWA, May 17, 2006 – A team from two Ottawa schools has placed second and received US$6,000 in project funding in the international Volvo Adventure competition, an environmental program organized by Volvo Car Corporation in partnership with the United Nations Environmental Programme (UNEP).

The students from Educarium School and Jean Vanier Catholic School were chosen for their Macoun Marsh Biodiversity Project, a multi-faceted research and education initiative to study and preserve the wetlands of Macoun Marsh, a unique inner-city wetland in Ottawa located on the grounds of one of Canada’s most prominent cemeteries. The prize money will be used to continue the group’s environmental work in the marsh.

The students are Jessica Walsh-Moreau, Christopher Weller and Donald Clysdale from Educarium School; and Alex Zylka and Katie Beauchamp from Jean Vanier Catholic School. Their team leaders are Michael Leveille from Educarium and Clint Monaghan from Jean Vanier. They traveled to Gotëborg, Sweden, this week to present their project and action plan at the Volvo Adventure International Final. They were joined by over 100 students who represented 10 finalist teams from around the world. The Ottawa group’s project was originally chosen from among 300 projects in 43 countries.

The Volvo Adventure jury was particularly impressed by the Ottawa team’s long-term view of the environment and the way it succeeded in creating awareness within the community about the importance of marshlands.

According to science teacher and project leader Michael Leveille, the Macoun Marsh Biodiversity project began three years ago. One grade 6 class from Educarium School was celebrating the biodiversity of the marsh next to the school in Beechwood Cemetery and the students wanted to make a difference. As the initiative grew, Leveille helped to put a committee together with representatives from Beechwood Cemetery, the Canadian Museum of Nature, Canadian Biodiversity Institute, Eastern Ontario Biodiversity Museum, students and teachers to develop a plan to strengthen the marsh’s ecology and promote conservation and biodiversity. Jean Vanier Catholic School joined the effort. Students from grades 6 and 7 began to research and document the biodiversity in the wetland through observations, photography, water tests and diaries.

In addition to the student journals – which have recorded over 870 species – the project has evolved to include presentations to wildlife groups and museums, clean-up drives, the installation of winter bird feeders and fundraising. A web site is currently under development.

“I would like to congratulate the Ottawa group for its leadership and commitment to protecting their local environment. They should be proud of this remarkable achievement -- this is the first time that a Canadian team has been awarded one of the top prizes since the Volvo Adventure program was established in 2003. We are particularly pleased that they have received funding as part of their award to continue their outstanding work in the community,” said Steve Blyth, president of Volvo Cars of Canada Corp.

Volvo Cars of Canada sponsored the trip to Sweden for the students and their team leaders.

The first prize went to a school from Istanbul, Turkey, for a recycling project which produced school desks from juice and milk boxes. The desks were then donated to schools in underprivileged areas. The project has grown to include the participation several thousand schools which will manufacture than 1 million desks as a result of this initiative.

The Volvo Adventure is open to young people around the world between the ages of 10 and 16 who are taking practical environmental action in their local communities. Winners receive an all-expense-paid trip to the Volvo Adventure Finals Conference in Sweden where they present their project to a jury of international experts. Three prizes of $10,000, $6,000 or $4,000 are awarded to help fund the projects considered the best by the jury.

Next year’s competition gets underway on June 1, 2006 and the last day for registering a project for consideration is March 31, 2007. For more information about the program or to register a project, visit the website at www.volvoadventure.org.

Keywords:
Environment, Special Interests
Descriptions and facts in this press material relate to Volvo Cars's international car range. Described features might be optional. Vehicle specifications may vary from one country to another and may be altered without prior notification.
Related Images
May 17, 2006 ID: 3755 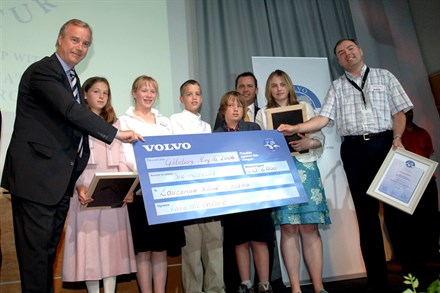 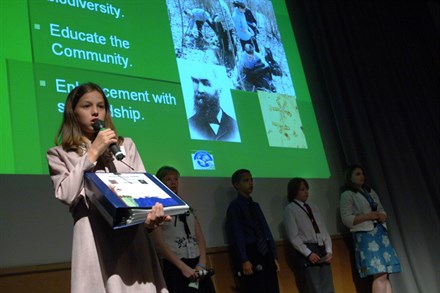