TORONTO (April 3, 2006) – The Volvo XC90 rolled onto the SUV scene in the 2003 model year with a range of innovations previously unseen in the premium SUV segment. Four years later, Volvo Car Corporation is introducing an enhanced XC90 with its sights firmly set on maintaining its lead.

“We already have a winning concept,” says Frederik Arp, President and CEO of Volvo Cars. “So the aim was to fine-tune rather than make major changes with an enhanced driving experience without compromising the demands for safety and good environmental properties in the powertrain.”

The Volvo XC90 has been an enormous sales success for Volvo Cars. From its original projected annual volume of 50,000 units, production was successively increased to meet demand. In 2005, production of the XC90 at the Torslanda, Sweden, manufacturing facility approached 90,000 units. To date, more than 8,000 units have been sold in Canada, making it one of the best-selling European SUV’s on the market.

The enhanced 2007 Volvo XC90 will start production in late spring 2006, arriving in Canadian showrooms in the summer.

The U.S. will continue to be the model’s largest single market, accounting for 50 per cent of total volume. This will be followed by United Kingdom, Germany, Canada and Spain.

Joining the compact and energy-efficient V8 (311 hp, 325 lb.-ft.) that was introduced for the 2006 model year will be a new engine designed to further improve the XC90’s driving dynamics. Replacing the 208-horsepower, turbo-charged five cylinder engine will be a new in-line 3.2-litre 6-cylinder engine. The new engine utilizes the latest technology to maintain the same exterior dimensions and fuel consumption as a 5-cylinder unit.

The aluminium alloy engine has a power output of 235-horsepower and 236 lb.-ft. of torque. Both the V8 and in-line six will be mated to a 6-speed Geartronic automatic transmission and the Volvo All-Wheel-Drive system with Instant Traction.

The new in-line 6-cylinder engine is designed to provide excellent throttle response and performance across a broad range of conditions, key factors needed to deliver the driving experience of a premium SUV.

With CPS, the camshaft lifts the inlet valves to two different heights, depending on engine speed and load. In normal driving with modest throttle openings and low engine revs, fuel consumption is moderate yet torque is sufficient to provide good drivability.

The Variable Intake System (VIS) allows for adjustment of the intake manifold to suit the current driving situation, making it possible to extract maximum possible power throughout the engine’s entire rev range.

Despite the engine’s 3.2 litre displacement, it is extremely compact. Its dimensions allow the engine to occupy a minimal amount of space under the hood, helping to reduce the risk of intrusion into the passenger compartment in a collision.

The engine’s compact dimensions were achieved by positioning ancillary components, such as the power steering pump and air conditioning compressor, behind the engine and above the transmission. The alternator is direct-driven and fitted on the engine block. A vibration damper, which compensates for vibration in the 6-cylinder’s relatively long crankshaft, has been integrated inside the engine block.

Prices for the 2007 Volvo XC90 will be released later this year.

Keywords:
XC90 (2002-2014)
Descriptions and facts in this press material relate to Volvo Cars's international car range. Described features might be optional. Vehicle specifications may vary from one country to another and may be altered without prior notification.
Related Images
Apr 03, 2006 ID: 3638 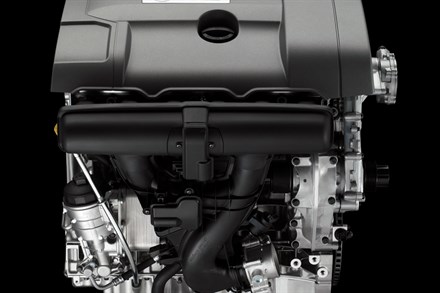 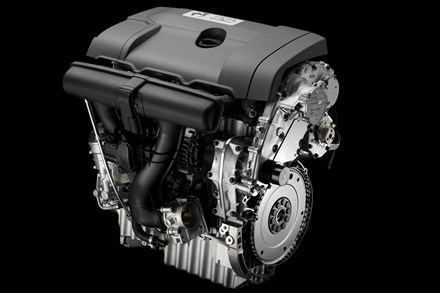