TORONTO (February 15, 2006) –Volvo Cars of Canada Corp. has released a limited number of Volvo Ocean Race-themed vehicles to recognize and celebrate one of the world’s most extreme yacht races.

Arriving at Volvo retailers in winter, 2006, the 100 Ocean Race XC70s and 100 Ocean Race XC90s will be equipped with a dramatic paint scheme, exclusive appearance upgrades and a comprehensive list of features.

Both the XC70 and XC90 Ocean Race Editions are powered by a 2.5-litre turbocharged 5-cylinder engine, delivering 208-horsepower and 236 lb.-ft. of torque. The engine is mated to a 5-speed electronically-controlled automatic transmission with Geartronic sequential shifting.

Launched on November 12, 2005, from Vigo, Spain, the Volvo Ocean Race (VOR) is an extreme, around-the-world yacht race. The competing VOR boats will visit nine ports on five continents and traverse more than 32,700 nautical miles (60,000 km) in just nine months. To keep speeds at a maximum, the crew and provisions are kept to a minimum. Eleven-person teams operate in four-hour shifts and sustain themselves on rationed freeze-dried food as they endure temperature swings from below freezing to 40 degrees centigrade, high winds and 10-meter waves.

Coverage of the Volvo Ocean Race can be found on national television networks and through the company’s homepage.

Volvo Cars of Canada Corp. is part of the Volvo Car Corporation of Göteborg, Sweden. The company provides marketing, sales, parts, service, technology and training support to the 43 Volvo automobile retailers across the country. The company’s product range includes the flagship S80 luxury sedan, the versatile V70 wagon, the S60 sports sedan, the compact and sporty S40 and V50, and an XC-line of vehicles that includes the rugged XC70 and the award-winning XC90 sport utility vehicle. For 2006, the company is proud to introduce the second-generation C70 convertible with a new retractable three-piece hardtop.

Keywords:
Special Interests
Descriptions and facts in this press material relate to Volvo Cars's international car range. Described features might be optional. Vehicle specifications may vary from one country to another and may be altered without prior notification.
Related Images
Feb 17, 2006 ID: 3540 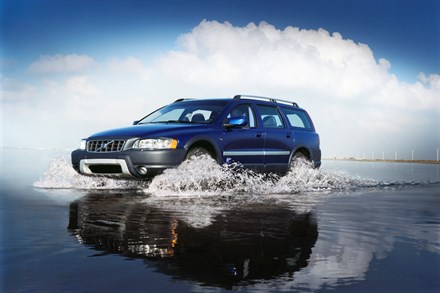 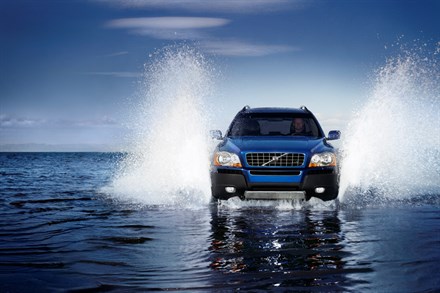