TORONTO, ON(October 14, 2010) ­­- After challenging fans with an online promotion in conjunction with the release of THE TWILIGHT SAGA: ECLIPSE, Volvo was pleased to present a brand new XC60 to contest winner, Varun Jain of North York, ON. Jain was ecstatic to pick up his XC60 just like the one Edward drives in THE TWILIGHT SAGA: ECLIPSE. "I'm in shock, it still doesn't feel real to me," said Jain as he took the keys to his shiny new Volvo. "Look at my hands, I'm shaking!"

Starting June 24, fans of the TWILIGHTSAGA put their knowledge to the test in an online interactive game called Lost in Forks. Named after Forks, Washington, the city where Edward and Bella live, the objective of the game was to reach the Cullen's house in the shortest number of "forks in the road". Those who reached the Cullen's in the shortest number of forks were invited back for the finalist round, held between July 19 and July 21.

Varun Jain, an avid online gamer, was browsing the Volvo website and decided to give the contest a try. "I enter online contests occasionally, so I decided to try my hand at it. It took some work, but managed to figure out that the shortest route in the contest was in 11 turns," said Jain. After playing the online game, fans registered for a draw to win Volvo's newest crossover, featuring City Safety, a system designed to help drivers avoid low-speed collisions.

Jain was shocked and excited about the contest outcome. "I'm still absolutely amazed. This is by far the biggest and the most fabulous thing I've ever won." When asked about his very own XC60, Jain was equally excited, "I never dreamed I'd be driving a vehicle this nice, I still can't believe it."

Volvo Cars of Canada Corp. is part of the Volvo Car Corporation of Göteborg, Sweden.  The company provides marketing, sales, parts, service, technology and training support to the 41 Volvo automobile retailers across the country.  The company's product range includes the stylish and sporty C30, the elegant C70 hardtop convertible, the compact S40 sedan, the S60 sport sedan, the S80 flagship sedan and the versatile V50 wagon. For customers looking for a Volvo vehicle with all-road capability, the company offers the versatile XC70 and XC90. Volvo Canada is also expanding its line-up with the introduction of the new XC60, a crossover with the award-winning City Safety system on the standard equipment list.

Keywords:
Volvo XC60, Events/Activities, Special Interests, 2011
Descriptions and facts in this press material relate to Volvo Cars's international car range. Described features might be optional. Vehicle specifications may vary from one country to another and may be altered without prior notification.
Related Images
Oct 14, 2010 ID: 35297 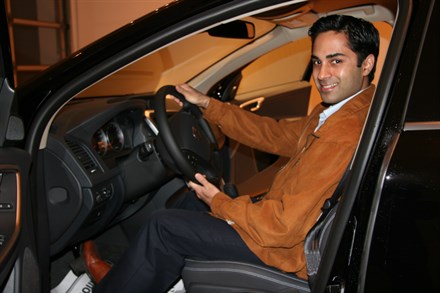