“We’re proud to support the Volvo Ocean Race’s Science Programme which will help improve our understanding of the health of the oceans – our greatest natural resource,” said Stuart Templar, Director of Sustainability at Volvo Cars. “As a company, we work to minimise our impact on the world around us, so this project’s innovative approach to tackling a major environmental problem was a great fit for us - not least as we head towards an electric future.”

The car itself will help tackle the problem of marine pollution, as the carpet inlays are made from Econyl, a fabric made from 100% recycled nylon, including abandoned fishing nets reclaimed from the seabed.

The V90 Cross Country Volvo Ocean Race was developed by Volvo designers and a group of engineers within the company’s Special Vehicles department, a purpose-built facility at Volvo Cars’ base in Torslanda, Sweden. The engineers at Special Vehicles specialise in developing bespoke models and are also responsible for Volvo Cars’ ultra-luxurious Excellence models as well as the police version of the V90 and V90 Cross Country.

A special, expressive design and colour palet inside and out sets the V90 Cross Country Volvo Ocean Race apart from its siblings in the 90 Series. Matte grey and bright orange details, first shown on the acclaimed Volvo Concept XC Coupé from 2014, are combined with a Crystal White exterior colour and special wheels and stitching.

Keywords:
2018, V90 Cross Country, Product News
Descriptions and facts in this press material relate to Volvo Cars's international car range. Described features might be optional. Vehicle specifications may vary from one country to another and may be altered without prior notification.
To view the full copyright information click here
Related Images
Oct 30, 2017 ID: 215855 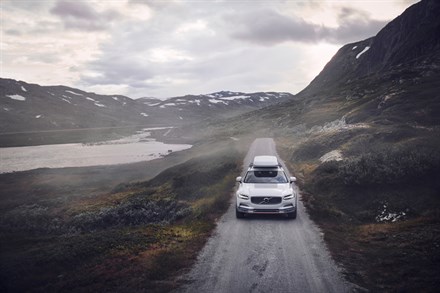 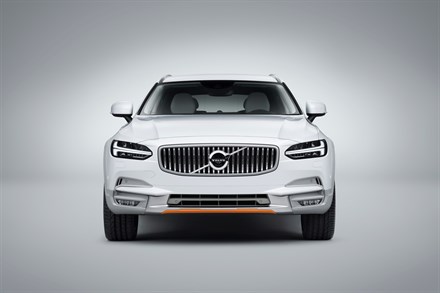