MONTREAL (June 16, 2004) – An imaginary woman named Eve, imbued with strong values and very discerning tastes, was a key member of the team of designers, engineers and project managers that created the first concept car designed by women, a conference of researchers and scientists working in the auto industry heard today. And while ‘Eve’ never picked up a pencil or touched a computer, she guided the team in its quest to reach a powerful and growing market for premium cars that automakers should heed, said Maria Widell Christiansen, Design Project Manager for the Volvo YCC (Your Concept Car).

Christiansen told attendees at the AUTO21 Scientific Conference that women buyers in the premium segment are a growing part of the market, and will have brand loyalty if they feel they are treated fairly. But they also have very high standards for things like quality, style and status as well as specific demands for virtues such as visibility, manoeuvrability, interior design and convenience that challenge designers and engineers.

The Volvo YCC, a sleek coupe with dramatic lines and loaded with technical and design innovations, was introduced at the Geneva Auto Show in March to much media and public attention. YCC, “a car for everyone designed by women,” was developed under the thesis that if a car meets the expectations of women, it will exceed the expectations of men.

The YCC design team established ‘Eve’ as a reference point for all of the decisions taken in creating the concept car. “Eve has demands for quality,” Christiansen said. “She has style and money to spend.”

By focussing on how YCC might integrate into ‘Eve’s’ life, the project’s designers were able to translate her needs into the design and functionality of the concept car. “Whatever solutions that supported Eve during this specific moment in her life, went into the car,” said Christiansen. “All other ideas were rejected.”

With enhanced visibility thanks to large windows and 60 mm of adjustable chassis height, parking and commuting in YCC becomes easier. Effortless ingress and egress is achieved through the gull wing doors that swing up and out of the way. “Our car should be a practical car,” Christiansen said. “Maybe the most practical car is not the one with ten doors, but the one with two – two BIG doors.”

Christiansen detailed other features in YCC that appeal to this very discerning target, such as the doors and trunk that respond to the driver’s presence by opening.

Safety systems, continuing Volvo’s traditional dedication to the subject, include body scan to determine eye height for a recommended seating position. YCC will adjust the seat, steering wheel, pedals, headrest and safety belt based on the driver’s proportions. The recommended position improves visibility and access to switches and controls.

The interior, completely customizable, is available in multiple colours and combinations and equipped with storage compartments for laptops, purses or bags. “We even put storage in some more unexpected places, like in the doorframes.” Christiansen said they could be used to store umbrellas, flashlights and a first aid kit. It would also include a lockable compartment to secure valuables from potential thieves.

Christiansen called the YCC “a think-tank of good ideas.” While it will never be considered for production, she said it would be used to measure market reactions on possible future production vehicles.

AUTO21 works to create and foster a network of world-class Canadian scientists, researchers and engineers, who will make unique contributions to the development of the automobile of the 21st century and its impact on health, societal and environmental issues. The theme of the conference is, “On the Road to Commercialization.”

NOTE to editors: Maria Widell Christiansen will be available for interviews in Montreal. Please contact one of the individuals below to arrange an interview. Photos of Maria and YCC are available from the Volvo Cars of Canada media website.

Keywords:
YCC, Quality, Technology, Special Interests, Concepts
Descriptions and facts in this press material relate to Volvo Cars's international car range. Described features might be optional. Vehicle specifications may vary from one country to another and may be altered without prior notification.
Related Images
Feb 29, 2004 ID: 1890 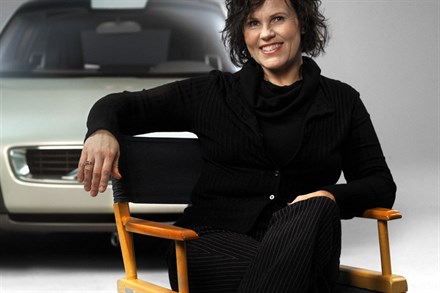