Fifty years ago today, the Honourable Henri Courtemanche, Secretary of State of Canada, authorized the paperwork for a new corporate body operating under the name of Volvo (Canada) Ltd.  In the five decades that followed, the Swedish company's iron mark logo became a well-known entity as approximately 350,000 Volvo vehicles found Canadian homes.

While Volvo Cars of Canada Corp. is today celebrating its 50th anniversary in Canada, the Volvo story actually began a year earlier.  In 1958, a company called Auto Imports (Swedish) Ltd. entered into an arrangement with Volvo AB in Sweden to import and distribute Volvo vehicles for Canadians. But, it quickly became apparent that a more official presence from Volvo would be required to serve the Canadian market. Volvo Canada Ltd. was created on July 21, 1959 and was to initially establish its head office in Montreal, but the company eventually settled in Scarborough, Ontario.  In 1961, it became fully operational and responsible for the Volvo brand.

By 1965 the company had outgrown its Scarborough head office, moving into a building and warehouse nearby in Don Mills.  It took seven years to out-grow the Don Mills location before settling in the company's current home on Gordon Baker Road in north Toronto.

Since Auto Imports began ordering Volvo vehicles in the late 1950's, more than 350,000 vehicles have been sold to Canadians. Volvo vehicles have influenced the automotive industry, not just in Canada, but internationally and particularly in the field of safety.

During the life of the Volvo Car Corporation, more than 80 years, many safety firsts have been developed. The company's most notable contribution was released in 1959 when it introduced the 3-point seatbelt developed by Volvo engineer Nils Bohlin.  Realizing the effectiveness, simplicity and significance of Bohlin's design, Volvo offered the 3-point seatbelt patent to the entire automotive industry. Since then, Volvo has introduced crumple zones to its vehicles in 1966 and relocated the fuel tank for enhanced safety in 1974. Driver's airbags were added in 1987, while SIPS (Side Impact Protection System) side airbags, ROPS (Roll-Over Protection System) and WHIPS (Whiplash Protection System) were made available for passenger safety in 1994, 1997 and 1998 respectively. BLIS, the company's Blind Spot Information System presented in 2004 and the debut of the integrated two-stage child booster cushion in 2007, have continued the Volvo Cars quest for safety for passengers of all ages.

Today, the company's dedication to safety can be found in the XC60 crossover, its newest vehicle. While the industry has made great strides in the field of protective safety - protecting occupants in the event of a collision - Volvo engineers have begun looking for ways to help drivers avoid a collision entirely. The XC60 is the world's first vehicle that offers City Safety - a low-speed collision avoidance and mitigation system - as standard equipment.  If the driver takes no action, City Safety can avoid or reduce the severity of a rear-end collision if the XC60 is travelling at speeds less than 30 km/h. The company's research has shown that approximately 75 per cent of all collisions occur at 30 km/h or less.

Volvo Canada is now working toward its next introduction, the next-generation S60 sedan. The S60 Concept was introduced at the North American International Auto Show in Detroit in 2009. With the S60, the company is working to further develop the Volvo design language and deliver a unique driving experience in the European sport sedan segment.  Safety innovation is never far behind and Volvo Cars will introduce a pedestrian collision detection system with the next-generation S60. The car is expected to go on-sale in 2010.

Keywords:
Mission
Descriptions and facts in this press material relate to Volvo Cars's international car range. Described features might be optional. Vehicle specifications may vary from one country to another and may be altered without prior notification.
Related Images
Jul 25, 2014 ID: 5599 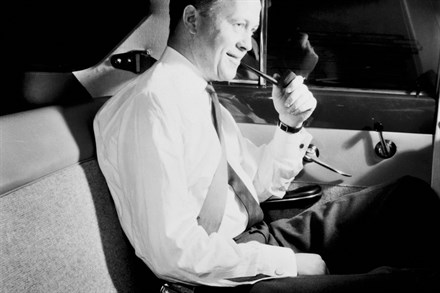 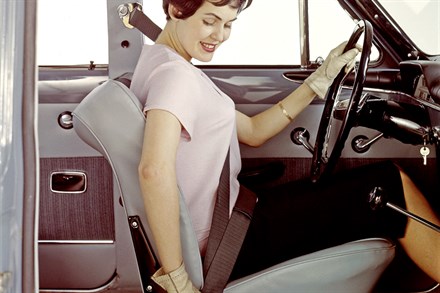