This vehicle will complete the critically acclaimed 90 Series model lineup. The Cross Country models first appeared in 1997 and have a global recognition of epitomizing rugged capability and functionality. The all-new V90 Cross Country builds on that foundation but is also one of the most luxurious vehicles to ever carry the name.

With a design that clearly stands out from the crowd, the V90 Cross Country’s rugged character belies a sumptuous interior that delivers a level of luxury uncommon in the segment, combining all the benefits of the connectivity and entertainment features including a high-end sound system by Bowers & Wilkins. The V90 Cross Country’s exterior design cues communicate the powerful and dynamic capability that the car exemplifies, while offering the flexibility to choose from both rugged and elegant expressions.

A perfect fit for the Canadian market, the V90 Cross Country is more than capable of handling all-weather environments while maintaining a high level of durability, performance, and design appeal.

“Our cars are well known for their safety, strength and durability. With All-Wheel Drive, increased ride height, and a chassis optimized for comfort and control in all weather and road conditions, the new V90 Cross Country takes our versatile V90 estate and adds the heart of an explorer,” said Dr Peter Mertens, Senior Vice President Research & Development at Volvo Cars.

The V90 Cross Country was unveiled during a simultaneous reveal in Sweden, Switzerland and the United States.

Volvo has been in operation since 1927. Today, Volvo Cars is one of the most well-known and respected car brands in the world with sales of 503,127 in 2015 in about 100 countries. Volvo Cars has been under the ownership of Zhejiang Geely Holding (Geely Holding) of China since 2010. It formed part of the Swedish Volvo Group until 1999, when the company was bought by Ford Motor Company of the US. In 2010, Volvo Cars was acquired by Geely Holding.

Keywords:
Product News
Descriptions and facts in this press material relate to Volvo Cars's international car range. Described features might be optional. Vehicle specifications may vary from one country to another and may be altered without prior notification.
To view the full copyright information click here
Related Images
Sep 15, 2016 ID: 199110 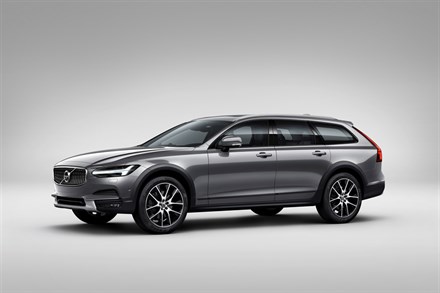 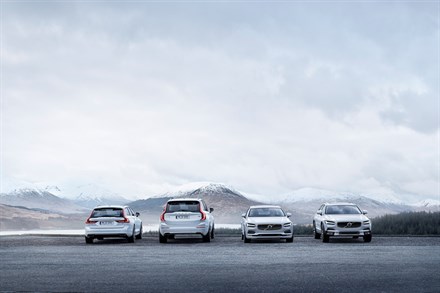