TORONTO, ON (August 1, 2013) - The second annual Vincentric Best Value in CanadaTM awards were recently announced with the Volvo XC70 and XC90 receiving nods in the premium wagon and premium mid-size crossover category respectively.

Each month Vincentric measures the cost to own and operate over 1,800 vehicle configurations based upon typical use in a commercial fleet. To determine these overall lifecycle costs, fleet purchase incentives are incorporated into the calculation of the Vincentric Fleet Price for each vehicle, and costs for each vehicle are measured in the following 8 areas: depreciation, insurance, fees and taxes, financing, fuel, maintenance, repairs and opportunity cost.

"Our awards take into account all costs involved with owning and operating a vehicle, enabling fleet buyers to understand automotive value and measure the impact a specific vehicle will have on their finances," said David Wurster, President of Vincentric. "The Vincentric Best Fleet Value in Canada awards for the XC70 and XC90 show that in addition to the many features and benefits associated with these vehicles, they provide great value as well."

To determine the Vincentric Best Fleet Value in CanadaTM awards, these fleet costs for each of the 1,800+ vehicle configurations were measured in all ten provinces, with this data being used to create Canada totals. The result was over 144,000 cost measurements. To qualify, manufacturers needed to have an active fleet program and meet specific thresholds for sales in the commercial and governmental markets.

Further information regarding all of the winners of the Vincentric Best Value in CanadaTM awards for the 2013 model year and the Vincentric methodology is available at http://www.vincentric.com/.

About Vincentric
Vincentric provides data, knowledge, and insight to the automotive industry by identifying and applying the many aspects of automotive value. Vincentric data is used by organizations such as Yahoo! Autos, AOL, Cars.com, Chevrolet, Toyota, BMW, Mercedes-Benz, Kiplinger.com, Business Fleet Magazine, Volvo, NADA Guides, The AutoChannel.com, and Fleet-Central.com as a means of providing automotive insight to their clientele. Vincentric, LLC is a privately held automotive data compilation and analysis firm headquartered in Bingham Farms, Michigan.

Keywords:
XC70 (2007), XC90 (2002-2014), 2013, Product News
Descriptions and facts in this press material relate to Volvo Cars's international car range. Described features might be optional. Vehicle specifications may vary from one country to another and may be altered without prior notification.
To view the full copyright information click here
Related Images
Aug 09, 2013 ID: 124260 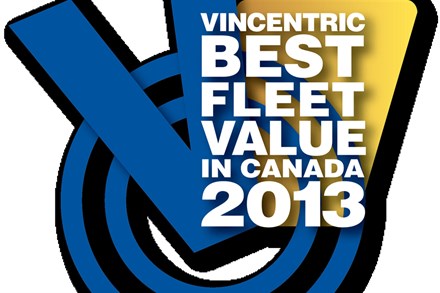