Simon Lamarre is a young designer who brings a North American perspective and a pioneering spirit to his work in the Volvo Car Corporation design headquarters in Sweden.

Born and educated in Montreal, Lamarre joined Volvo Cars in 1995 and has gained increasing responsibility with the design group. His most recent work was on the innovative interior of the Volvo XC90, the company's first SUV.

Lamarre studied pure and applied science at College Jean-de-Brebeuf with an eye to a career in architecture but a course in environmental design at Université du Quebéc à Montréal convinced him of the possibility of a career as a designer. He pursued industrial design, graduating in 1990.

But his move to Sweden was charted in 1989 when he met his future girlfriend, Annette, while they were both working at a summer camp for children in Switzerland. Lamarre returned to Montréal to complete his education and in 1990, he moved to Sweden.

His first experience with the automobile industry was with Saab, creating clay models. Lamarre moved to Volvo Cars in 1995 when the company was adopting computers in the modeling process. He began working full-time with the powerful Alias design program to create detailed models, applying the technique to projects like the S80. Lamarre joined the design team and took a lead role on the interior of the XC90, his first major design assignment.

Lamarre views design as an international vocation that melds cultural influences and technology into products that appeal to consumers across the globe with very different needs and expectations. He notes that designers of 13 different nationalities worked on the Volvo XC90. "The interior design team was made up of an Englishman, a Dane and a Canadian, working on a Swedish car for a world market," he says. "That's the future of design."

Lives: Göteborg, Sweden, with Annette, a son and twin daughters

"Get the best education you can get. The better the school, the better the opportunities you have later. And be stubborn. Be persistent. Don't give up."

On his career path:

"Starting out as a modeler gave me a great sense of shapes, which has become a great advantage. Adopting computer design at an early stage has also been a great help, particularly in creating the important detail needed in a design. Those two skills together have helped me bring together a final design."

On the role of the modern designer:

Keywords:
People
Descriptions and facts in this press material relate to Volvo Cars's international car range. Described features might be optional. Vehicle specifications may vary from one country to another and may be altered without prior notification.
Related Images
Mar 14, 2006 ID: 3597 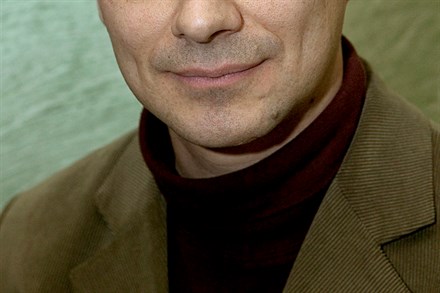