Volvo Hands-free with Bluetooth® can be fitted in most late-model Volvo cars. The system consists of an electronic control module, a module with function buttons, a dedicated microphone located near the rear-view mirror, and the necessary wiring.

The mobile telephone used must be Bluetooth-capable. Once a paired link has been set up with the car’s Bluetooth module, the telephone is recognised and connected automatically when the owner enters the car. The mobile phone can then be used as an integrated hands-free system, regardless of whether it is still in the owner’s pocket or if it has been placed in the car. Sound comes through the car’s audio system’s loudspeakers. For incoming calls, audio system sound is muted automatically.

Up to four mobiles can be connected
Up to four telephones can be easily connected to the system so that everyone in the car can have his or her mobile connected, although only one at a time. The system is extremely flexible and simple to use. It is easy to switch between the hands-free function and the telephone during the course of a call. And it is not necessary to remain in the car just because a hands-free call is in progress. Simply switch over to the mobile telephone and leave the car without interrupting the call.

Make a voice dialled call
The Bluetooth system’s control module is located in the dashboard. The limited number of buttons makes it easy to use. A press on the blue, back-lighted Talk button makes the system voice controlled. The user’s voice commands then determine who will be called, and also control various system functions. If voice tags have been added to the mobile telephone, merely say the name of the person to be called. Contacts that have been stored in the hands-free system can be used regardless of which mobile phone is used, or who says the contact name. Up to 20 contacts can be stored in the hands-free system.

For incoming calls, the number of the incoming caller, or name if it has been stored in the list of contacts, will be read as a voice message (on the condition that the mobile phone supports this function). Voice dialling is both convenient and promotes safety. The system supports voice dialling in English (both British and American), French, Spanish, Italian, and German. “Since Bluetooth technology connects the mobile telephone to the car’s audio and loudspeaker system, the quality of the sound is very good,” says Lars-Erik Roos, Managing Director, Accessory Business Unit at the Volvo Car Corporation. “And being able to use the phone while keeping both hands on the steering wheel and the eyes on the road contributes to reducing risks while driving. This is an important reason for Volvo to introduce this accessory.” 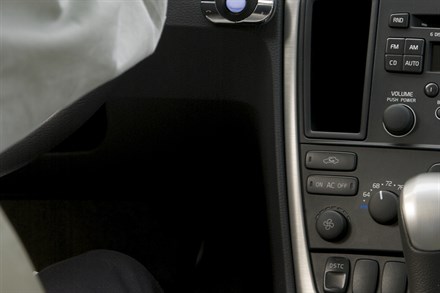 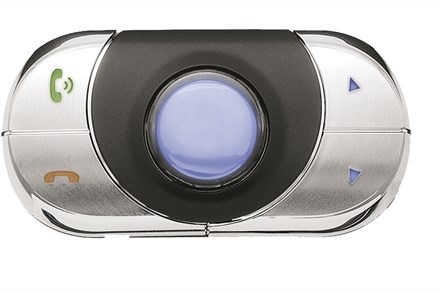