Alicante, Spain - The escalating security problem caused by piracy in the Indian Ocean has forced Volvo Ocean Race 2011-12 organisers to redraw the second and third leg routes in the 39,000 nautical mile round-the-world challenge.

The competing boats were due to have sailed through an East African corridor in the Indian Ocean on the second leg from Cape Town to Abu Dhabi and again in the third leg from Abu Dhabi to Sanya in China.

After taking advice from marine safety experts Dryad Maritime Intelligence and the sport's governing body, the International Sailing Federation (ISAF), race organisers decided that sticking to the original route would put crews at too much risk.

Instead the boats will race from Cape Town to an undisclosed ‘safe haven' port, be transported closer to Abu Dhabi, and then complete the leg from there. The process will be reversed for the third leg before the race continues on to Sanya, the fourth of 10 host ports in a race that will not finish until July 2012.

"This has been an incredibly difficult decision," said Volvo Ocean Race Chief Executive Knut Frostad. "We have consulted leading naval and commercial intelligence experts and their advice could not have been clearer: ‘Do not risk it.'

"The solution we have found means our boats will still be racing into Abu Dhabi and competing in the in-port race there.

"Abu Dhabi is a very important part of our plans, a real highlight being the race's first-ever stopover in the Middle East, and we will now have a really exciting sprint finish to the emirate over the New Year period as well."

Piracy is a well-organised and highly lucrative business and it has expanded into a vast area off the coast of Somalia. In 2010 a record 1,181 seafarers were kidnapped by pirates, according to figures supplied by Dryad.

The most recent vessels released endured hijackings lasting an average of 213 days and it has been estimated that last year $150 million was paid to pirate gangs in ransoms for ships, cargoes and crews.

Frostad emphasised that the race would still be a round-the-world challenge. "We continue to be the only continuous sporting event to visit five continents over nine months of gruelling sailing," he said.

Race director Jack Lloyd, also a senior ISAF official and respected Olympic and America's Cup umpire, described the change as a "bump in the road which has to be negotiated, albeit a very expensive bump" rather than a race-changing suspension in the action.

Abu Dhabi will host the race from December 30 to January 14 with a purpose-built race village at its Corniche waterfront site and a headline New Year's Eve concert amongst various festivities set to provide a spectacular welcome to more than 100,000 visitors.

"We have a long-standing relationship with Volvo Ocean Race and have been comprehensively involved in its risk management process since the last race in 2008-09," said Karen Jacques, COO of Dryad Maritime.

"We will be working closely with the Volvo Ocean Race team to ensure that only essential disruption is needed."

ISAF´s position is that sailing in waters badly affected by piracy is too risky.

"The measures taken by the Volvo Ocean Race are very much in line with the advice that the International Sailing Federation has been giving for some time." said ISAF Secretary General Jerome Pels.

"The ISAF strongly urges all yacht skippers intent on sailing anywhere in the area to seek an alternative, which the Volvo Ocean Race is now providing."

About Volvo Ocean Race
The Volvo Ocean Race is the world´s premier offshore sailing challenge. The 2011-12 edition will cover over 39,000 nautical miles, starting in Alicante, Spain on October 29 and finishing in Galway, Ireland in July. The race dates back to 1973 when it began life as the Whitbread Round the World Race.

About Dryad Maritime
Dryad Maritime is a specialist maritime intelligence company helping seafarers to quantify, mitigate and manage the threats from piracy, terrorism and other waterborne crime. www.dryadmaritime.com

Why have you made this decision?
After a great deal of consultation it is clear that it is not possible to reduce the security risk in the Indian Ocean to a suitable level while the boats are sailing. We have considered all security and routing options for sailing the yachts without satisfactory result. This has been a very difficult decision but we are satisfied that it was absolutely necessary to take it.

The race starts in less than 80 days. Why leave this decision so late?
The situation in the Indian Ocean is dynamic and this decision has in fact been taken very early. We will not know until the SW Monsoon abates and the NE Monsoon becomes established in late October/early November how the piracy situation will develop this season so while this decision appears logistically late it is in fact tactically early.

How will you be transporting the boats to Abu Dhabi?
The boats will be shipped on a specialised boat transport ship. The boats and the crews will be transported separately.

Where will the ‘safe haven' be?
We understand there is lots of speculation about this but in the interests of operational security, these details will be released at a later date when it is appropriate.

Where will the race start again?
This will not be decided until the tactical situation at the time has been fully assessed but contingencies will be in place to provide logistical support to different options.

How can you guarantee the safety of the boats in the transport ship which is carrying them?
Piracy is still a crime of ‘opportunity'. Yachts are (relatively) slow and low with few opportunities to apply tactical defensive countermeasures and as such are considered a ‘soft' target. Larger vessels with higher consistent speed, a higher freeboard and defensive measures are a much ‘harder' target. Desperate pirates will still ultimately look for the line of least resistance. There are no guarantees in this particular from of criminality but the probability of an incident is reduced from the outset in the selection of a different transportation method.

How will you allocate points with the new arrangement?
We are looking at options, however we do not envisage adding to the total number of points on offer in the race as it stands.

How big a problem is piracy in the Indian Ocean?
Piracy in Somalia has come a long way from the days when angry fishermen used rubber dinghies to harass foreign fishing vessels in the seas just offshore in the aftermath of the country's 1990 civil war. In 2005, piracy was still sporadic. In 2006, the Union of Islamic courts almost brought Somalia-based piracy to an end but when Ethiopian forces overthrew the Union in December 2006, piracy re-established itself. The problem has since grown year by year in frequency, distance off shore and sophistication. Last year, an estimated $150 million was paid in ransoms for ships, cargoes and crews to pirate gangs, while a record 1,181 seafarers were kidnapped.

How much will it cost to transport the ships?
Expense was not a driver in this decision, with the safety of our teams far outweighing the financial implications. Volvo Ocean Race has taken this decision based on social and corporate responsibility and is prepared to take equally difficult decisions in future races.

The next Volvo Ocean Race will start in the Spanish port of Alicante in the autumn of 2011 and finish in Galway, Ireland during the summer of 2012.
The course of the race will include stopovers in Cape Town (South Africa), Abu Dhabi (UAE), Sanya (China), Auckland (New Zealand), Itajaí (Brazil), Miami (USA), Lisbon (Portugal) and Lorient (France).
The following boats have so far declared entry: Abu Dhabi Ocean Racing, CAMPER with Emirates Team New Zealand, Groupama Sailing Team, PUMA Ocean Racing powered by BERG Propulsion, Team Sanya and Team Telefónica.
The first 31,250 nautical-mile race first took place over 37 years ago (as the Whitbread Round the World Race 1973-74), testing the crews against some of the most ferocious elements that man can encounter.
The 2011-12 race will be the 11th edition of the event.
The boats are built for speed under a regulated design. 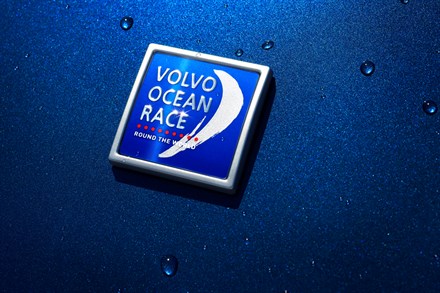 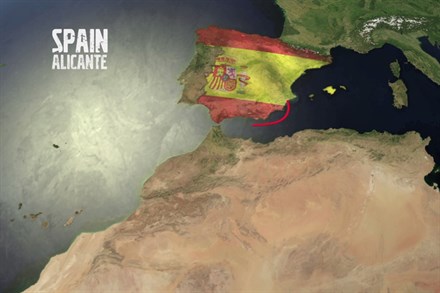