The first mass-produced Volvo car rolled off the production line in Gothenburg in 1927. Since then, Volvo Car Group has delivered a steady stream of Volvo models equipped with world-leading innovations. Today, Volvo is one of the most well-known and respected car brands in the world with sales in about 100 countries.

Volvo Car Group (Volvo Cars) has been under the ownership of the Zhejiang Geely Holding (Geely Holding) of China since 2010. Volvo Cars formed part of the Swedish Volvo Group until 1999, when the company was bought by Ford Motor Company. In 2010, Volvo Cars was acquired by Geely Holding.

The company’s corporate and brand strategy “Designed Around You” puts people at the centre and is a foundation and a guide for the business, the products and the corporate culture.

Volvo cars are marketed and sold by regional market companies and national sales companies through approximately 2,300 local dealers in about 100 countries. Most of the dealerships are independent companies. As of December 2015, Volvo Cars had almost 29,000 employees around the globe. 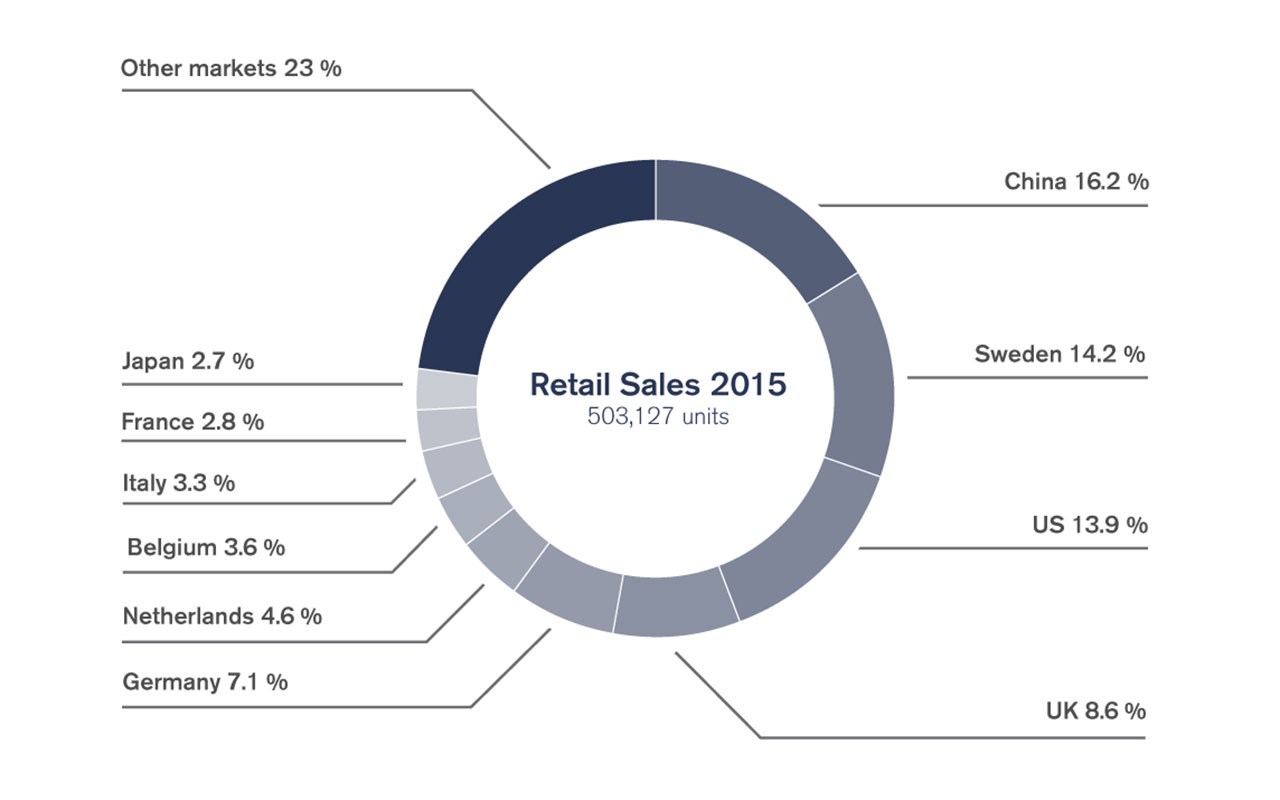 Apart from the main car production plants in Gothenburg (Sweden) and Ghent (Belgium), Volvo Cars has since the 1930s manufactured engines in Skövde (Sweden). Production of body components has been located in Olofström (Sweden) since 1969. The company furthermore operates an assembly plant in Kuala Lumpur (Malaysia) and a research and development center in Copenhagen (Denmark). Finally, Volvo has design centers in Gothenburg (Sweden), Camarillo (USA) and Shanghai (China).

With the Designed Around You corporate strategy, combined with Volvo Cars’ ambitious expansion plans, the long-term aim is to sell 800,000 cars annually. Part of the growth strategy is to establish China as the company’s second home market.