ROCKLEIGH, NJ - January 8, 2001-- The Volvo Car Corporation is now preparing itself for the leap into the demanding and expansive SUV segment.

The Volvo Adventure Concept Car (ACC), which will be given its first showing at the international motor show in Detroit, is the first indication of what is waiting around the corner.

"We want to show that we mean business when we say that we have what it takes to compete with the very best in the SUV segment," says Hans-Olov Olsson, president of Volvo Car Corporation.

It should be stressed that the Volvo ACC is not the car customers will see in dealer showrooms when Volvo Cars' first SUV (Sport Utility Vehicle) is launched, an event that will take place within the next two years.

This concept car should instead be seen as a "thermometer", a tool for assessing the expectations and demands the market has when it comes to an SUV from Volvo.

"We are naturally hoping to create a solid commercial base for our introduction. It is therefore important to hear the views and comments of our customers while we still have time to make precision adjustments to the product," says Dieter Laxy, head of marketing, sales and service at Volvo Car Corporation.

The name "Adventure" emphasizes the ability to be an integrated part of the owner's lifestyle. Volvo ACC is the right choice for all types of safe adventures, thanks to a fine-tuned combination of off-road capability, driving pleasure, roominess, safety and comfort.

During the time the Detroit Motor Show is open to the public, visitors will be able to make their views of the ACC known directly to Volvo's SUV team via special computer monitors. At a later stage, Internet users all over the world will have the same chance to pass on their comments to the product developers.

The Volvo ACC is based on five basic assumptions about the properties the market expects in an SUV from Volvo Cars.

It goes without saying that all these properties are reflected in the ACC's design language. Like the Volvo S60, the Volvo ACC has what is known as a "cab forward" appearance; in other words, the driver's area is at the very front. The front lines slope forward gently to create a muscular impression without making the car look aggressive.

"We are interested to see the kind of reception people give to a large Volvo. The target has been to find a design that is not as 'macho" as that of many other SUV models in the segment. We prefer to talk about a masculine appearance, a design that creates a sense of security. This is important in view of the fact that many SUV buyers are women who like the feeling of safety and control," says Peter Horbury, chief designer at Volvo Car Corporation.

Yet again, the design team draws parallels with a jet aircraft. In the Volvo ACC, the driver sits high up and well to the front, with good visibility outside the car and perfect control of the low-level instruments.

The Volvo ACC has four seats and an exceptional equipment level. Among other things, passengers have access to a refrigerator, TV and a world-class audio unit..

"Like flying comfortably and low in first class. You can travel from coast to coast in the USA, with your business colleagues or your family, without being deprived of any comfort or convenience," concludes Peter Horbury.

Descriptions and facts in this press material relate to Volvo Cars' international car range. Described features might be optional. Vehicle specifications may vary from one country to another and may be altered without prior notification.
Related Images
Sep 18, 2003 ID: 227 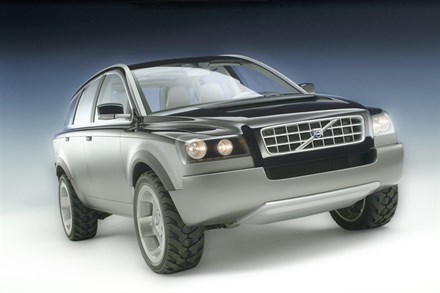 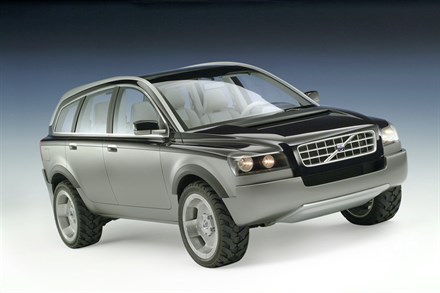