ROCKLEIGH, NJ -- March 12, 2001 -- Her career was short, just one TV commercial for Volvo's Cross Country, but TIA won the hearts of Animal Lovers throughout North America. Since the ad began airing this past fall, Volvo has received over 1000 letters complimenting TIA's appearance as a storm ravaged traveller. Her acting life behind her, TIA, a model sea turtle, will now reside in Florida helping to promote the protection of her species.

"We had TIA, the Sea Turtle, created specifically for this commercial," explained Bob Austin, Volvo's Director of Marketing Communications, "because Sea Turtles are an endangered species and you are not allowed to touch or handle them."

A prop house in England constructed the amazingly life like turtle model from photographs gathered from museums, libraries, and the internet. The 70 lb. latex and fiberglass model is actually a giant hand puppet, yet performs convincingly on camera. When combined with stock footage of a swimming sea turtle the illusion is complete.

The model was so lifelike and so loved by everyone who saw her that Volvo wanted to find a way to keep the turtle in the pubilc's eye. Enter the Carribean Conservation Corporation (CCC), a Florida group dedicated to the preservation of the Sea Turtle. The group jumped at the chance to acquire the model to help with their educational initiatives and ultimately to reside in their headquarters. Both parties were delighted with the prospect of cooperation.

An interesting side bar to the discussion with CCC was the discovery by Volvo that any Sea Turtle that would be found out of the water as it was in the ad, would in all likelihood be a female! Upon learning this fact, Austin immediately changed the turtle's name from Timothy to TIA.

"We have all enjoyed the job TIA did for Volvo," explained Austin. "I think it is wonderful that she can now help promote the well being of her species as well. The CCC is a leader in the area of Sea Turtle Conservation and we know they will give her a good home."

Austin said Volvo chose to support CCC through this donation because of CCC’s leading role in sea turtle conservation. Founded in 1959 by the father of the sea turtle biology, Dr. Archie Carr, CCC helped discover much of what is known about sea turtles. More importantly, the organization is credited with having saved the Atlantic green turtle from imminent extinction. Today, CCC conducts research and education programs in the U.S., especially in Florida, and throughout the wider Caribbean. CCC’s award-winning website (www.cccturtle.org) hosts a popular education program based on the satellite-tracked migration of sea turtles.

David Godfrey, CCC’s Executive Director, said his organization is thrilled with Volvo’s support for sea turtle conservation. Volvo is an industry leader in environmental protection, and CCC is proud to be associated with the company, he added.

Keywords:
Special Interests
Descriptions and facts in this press material relate to Volvo Cars' international car range. Described features might be optional. Vehicle specifications may vary from one country to another and may be altered without prior notification.
To view the full copyright information click here
Related Images
Sep 18, 2003 ID: 340 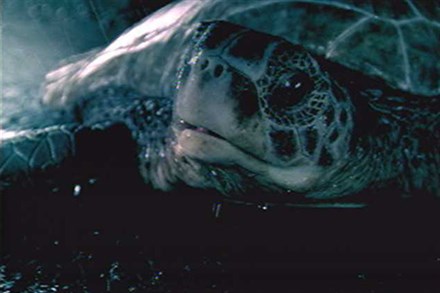