At the end of November 1967, Volvo presented the third VARIANT in what was now developing into a complete car family known as the 140 Series: the Volvo 145.

The Volvo 145 was a 5-door estate with a rear section that had a virtually vertical tailgate. Everybody agreed that this was a safe, comfortable and extremely practical and spacious car. The cargo volume was more than 2 cubic metres and the floor of the cargo area was completely flat.

This design of the rear section has since become a well-known characteristic of all Volvo estates.

The annual changes were mainly the same as were introduced in parallel on the 2- and 4-door versions. A visible change took place in 1970, when the rearmost side window disappeared in favour of a longer one-piece window behind the rear doors.

Keywords:
145, Product News
Descriptions and facts in this press material relate to Volvo Cars' international car range. Described features might be optional. Vehicle specifications may vary from one country to another and may be altered without prior notification.
To view the full copyright information click here
Related Images
Feb 10, 2003 ID: 5919 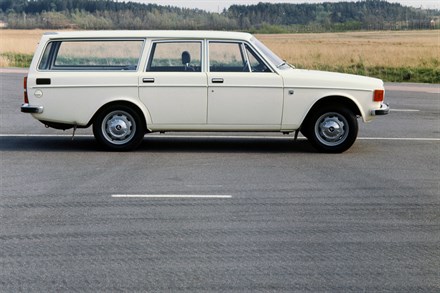 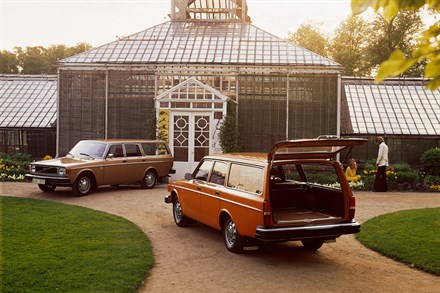