GIVE NEW YORK HOMETOWN HEROES THE PERFECT GIFT THIS SEASON – YOUR VOTE!

IRVINE, Calif. (December 18, 2006) –– Here’s a gift idea that won’t cost you a penny. Five extraordinary New York heroes have been named as semi-finalists in the 5th Anniversary Volvo for life Awards – Volvo’s annual search for hometown heroes across America. And they need your vote.

This year, in honor of the Awards’ 5th anniversary, Volvo selected the top five heroes from every state in America and is asking the American public to visit www.volvoforlifeawards.com to vote for their favorites now through February 4, 2007. A grand prizewinner will receive $50,000 and a Volvo for life.

So, who in New York would you give a Volvo to? Representing New York in this year’s Volvo for life Awards are:

Volvo and members of the celebrity-judging panel will honor the winning heroes on April 5, 2007 at the 42nd St. Cipriani during the 5th Annual Volvo for life Awards Ceremony. There, Volvo will reveal which of the three top heroes is also the Grand Award winner of a Volvo vehicle every three years for the rest of his or her life.

“Over the past five years the Volvo for life Awards initiative has received more than 15,000 hero nominations,” said Anne Bélec, president and chief executive officer of Volvo Cars of North America. “All of these heroes demonstrate incredible conscience, care and character. Having the public help us select the winning heroes is a truly exciting – and democratic – addition to this year’s program.”

To learn more, or to vote for your favorite hero, visit www.volvoforlifeawards.com. A Spanish version of the site can also be accessed at this address.

Media:For photos and more information on the Volvo for life Awards visit

Keywords:
Special Interests
Descriptions and facts in this press material relate to Volvo Cars' international car range. Described features might be optional. Vehicle specifications may vary from one country to another and may be altered without prior notification.
Related Images
Dec 19, 2006 ID: 4771 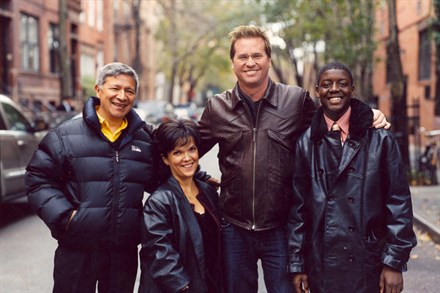