Brandy Hogan, who won Volvo's "What Would You Wear?" Facebook contest, to be among the first to see the highly anticipated film

Fans can still enter to play "Journey to the Wedding" for a chance to win a Brazilian getaway and a Volvo S60 R-Design at http://www.journeytothewedding.com

ROCKLEIGH, N.J.(Nov. 8, 2011) ­­-"The Twilight Saga" will come to life for Brandy Beaudoin-Hogan, 26, of Latham, N.Y., when she attends Summit Entertainment's "The Twilight Saga: Breaking Dawn - Part 1" world premiere in Los Angeles on November 14. Hogan was the winner of Volvo's "What Would You Wear?" Facebook contest.

Out of almost 1,700 photo submissions, Hogan's photo received the most votes on Volvo's Facebook page. Hogan spent an entire day choosing the perfect outfit to wear to Edward and Bella's wedding. She chose a purple, one shoulder ruffle dress, with silver stilettos, purple drop earrings, a silver clutch and diamond bracelet because it's "exactly what she would wear" if she was invited to the wedding of the century. She chose purple because it invokes romance, magic and mystery.

"When I got the call that I won, I couldn't even breathe I was so excited," said Hogan. "I'm so thankful to Volvo and everyone involved with Twilight because attending the world premiere and having a chance to meet Rob is my ultimate dream. I am truly Rob's biggest fan and I live, breathe and talk about Twilight 24/7. I've never been to L.A. and am ecstatic to be given this once-in-a-lifetime opportunity!"

Hogan continued, "My husband, Dan, thinks I'm obsessed because I recite quotes from the films constantly and even wore a necklace and earrings inspired by Twilight at my wedding."

Hogan, a medical transcriptionist at The Plastic Surgery Group in Albany, also pens a Twilight blog at http://www.addicted2twilight11.blogspot.com/, and regularly hosts Twilight-themed parties before every premiere.

From October 15-23, individuals visited Volvo's Facebook page (www.facebook.com/VolvocarsUS) to upload a photo or drawing of what they would wear to Edward and Bella's wedding for a chance to win tickets to the world premiere. In addition to premiere tickets, Volvo will also provide the sweepstakes winner and her younger sister, Nicolette Boston, 18, of East Greenbush, N.Y., with round-trip airfare, hotel accommodations, and $500 in spending money. Hogan chose to bring her sister because she got her interested in "The Twilight Saga."

Volvo's ticket giveaway to the premiere is just one of the grand prizes being awarded by Volvo as part of its online promotions developed by Euro RSCG New York surrounding the fourth installment of "The Twilight Saga."

Through November 18, participants can also register to play Volvo's online game, "Journey to the Wedding," for a chance to win a trip for two to Rio de Janeiro, which includes a stay in the same luxurious house where Edward and Bella spent their honeymoon. The lucky winner will also take home the actual 325-horsepower Volvo S60 R-Design that Edward drove in "The Twilight Saga: Breaking Dawn - Part 1." With a perfect marriage of style and substance, Volvo's S60 R-Design features best-in-class acceleration, performance and fuel efficiency, making it Volvo's most dynamic and sporty model.

How Volvo's "Journey to the Wedding" Game Works

Players (ages 13 and up) can register at http://www.journeytothewedding.com/ through November 18 to play the interactive game. In the game, fans make their way to the wedding of Edward and Bella by completing a series of three challenges. The player who finishes the final challenge in the shortest amount of time will win the game. Volvo will announce the winner on or around November 28.

Keywords:
Events/Activities
Descriptions and facts in this press material relate to Volvo Cars' international car range. Described features might be optional. Vehicle specifications may vary from one country to another and may be altered without prior notification.
Related Images
Nov 08, 2011 ID: 41020 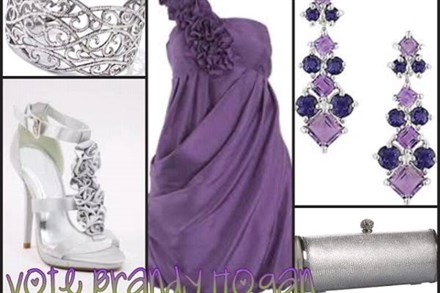