In 1976 Volvo Cars presented a world first in the environmental area – the three-way catalytic converter with Lambda sensor for exhaust emission control. Today, 30 years later, virtually all petrol-engined cars built around the world are fitted with this ingenious and environment-saving component. Just as indispensable for the environment as the three-point seat belt, another Volvo innovation, is for safety.

"The most significant breakthrough ever made in the control of vehicle exhaust emissions”. So said Tom Quinn, chairman of the California Air Resources Board (CARB), when the 1977 model of the Volvo 244 equipped with a Lambda sensor system was launched on the American market in the autumn of 1976, and his words remain true to this day.

This was the first truly effective answer to the problem of cleaning vehicle exhaust emissions, especially of nitrogen oxides, and the principle employed in present-day cars is still the same. But it was a long journey, and the work required was laborious.

Back in the late 1960s people started thinking about vehicle exhaust emissions. By increasing the amount of air entering the engine and pre-heating the intake air it was possible to slightly reduce harmful substances, but nowhere near as much as was desirable. Early forms of oxidising catalytic converters were used, for instance.

In 1972 a big, bold step was taken by Pehr G Gyllenhammar, at that time CEO of AB Volvo, who at the global environmental conference in Stockholm conceded that motoring made a major contribution to the steadily increasing pollution of the environment.

The outcome of that meeting was Volvo’s environmental declaration, which still applies to this day and which read:

Around the same time, Volvo engineers discovered that the unregulated oxidising catalytic converter which was about to be launched could, under certain circumstances, be made to treat hydrocarbons (HC), carbon monoxide (CO) and nitrogen oxides (NOx) infinitely more effectively than previously.

Work on increasing this capability by regulating the fuel/air mixture in the narrow range in which the ratio for the catalytic converter was optimal began.

The man behind Volvo’s Lambda sensor system, Stephen Wallman, recalls: ”The components we used in the technical solution already existed, but were used in a different way and in other areas. The trick was to link them together into a complete system and get them to work in a petrol-engined car.”

In 1977 California introduced new strict exhaust emission limits for the three harmful gases at the levels: hydrocarbons 0.41 g/mile; carbon monoxide 9.0 g/mile; nitrogen oxides 1.5 g/mile. In those days, this was the world's strictest emission legislation and ever since, California has pushed the exhaust emission requirements further to lower and lower levels.

The Volvo cars with three-way catalytic converters and Lambda sensors were measured at hydrocarbons 0.2 g/mile; carbon monoxide 3.0 g/mile; nitrogen oxides 0.2 g/mile! Remarkably low values and good margins, in other words. The low emissions of nitrogen oxides in particular were sensational and this work was duly awarded. Volvo received the environmental award from the environmental council of President Carter.

The original Lambda sensor system has been enhanced over the past 30 years to reduce exhaust emissions even further. As Tom Quinn rightly said, it is inventions of this kind that move industry and humanity forward. It has been possible to take many more small steps in the treatment of exhaust emissions since 1976 and a Volvo engine of today eliminates more than 95 per cent of the harmful emissions.

Today, the focus of the automotive industry is more concentrated on cutting the levels of carbon dioxide emissions.

”Although there were statutory requirements we had to meet, it was Volvo's ambition, and our own, to achieve a real breakthrough that drove us to this highly successful solution," concludes Wallman, the "father" of the sensor.

Keywords:
Special Interests
Descriptions and facts in this press material relate to Volvo Cars' international car range. Described features might be optional. Vehicle specifications may vary from one country to another and may be altered without prior notification.
Related Images
Apr 12, 2006 ID: 3696 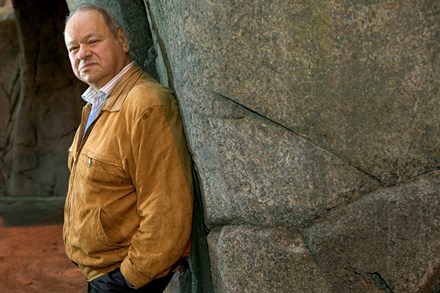 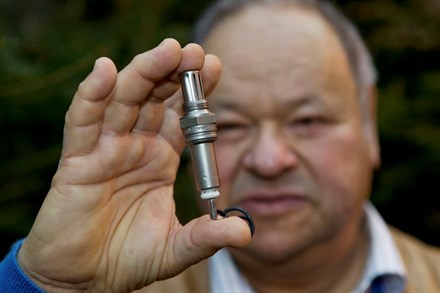