Premiere for a new refined XC90

The first pictures and information about the new Volvo XC90 are being released by Volvo Cars today. The exterior as well as the interior has been upgraded and refined. “In order to make the highly successful XC90 even more attractive, we have elevated the sensation of luxurious passenger-car comfort,” says President and CEO Fredrik Arp.

The new XC90 is intended to strengthen Volvo Cars’ position in an SUV market that received the first XC90 generation with standing ovations.

“We have listened keenly to our customers and refined the cars to boost our competitiveness on both sides of the Atlantic. We already have a winning concept, so the aim was fine-tuning rather than making major changes,” says Fredrik Arp.

The new, enhanced Volvo XC90 will start production in spring 2006. The USA will continue to be the model’s largest single market, accounting for 50 percent of total volume. This will be followed by United Kingdom, Germany, Canada and Spain.

The range of powertrains has been gradually enhanced over the past year or so with the introduction of three new engines. A compact and energy-efficient V8 and the upgraded five-cylinder D5 turbodiesel with particle filter (not available in the United States) are now followed by an in-house developed in-line 3.2 liter six, making its first appearance in the XC90 for North America.

In order to contribute to the best possible visibility when driving in the dark on twisting roads, Volvo Cars is launching Active Bi-Xenon Light – tracking headlight beams that follow the curvature of the road. The Volvo XC90 is also equipped with BLIS (Blind Spot Information System) and in order to protect anyone standing behind the car and to aid parking, Volvo Cars is introducing the Park Assist Camera.

“The changes we have made to the new Volvo XC90 can be regarded as precision tuning designed to increase the vehicle’s appeal still further,” says Hans Wikman. “We are aiming at a highly discerning group of car buyers and we want to give them an even better premium experience.”

The new XC90 will have its global debut at the New York International Auto Show, April 12, 2006.

Keywords:
XC90 (2002-2014), Safety, Technology, Events/Activities, Special Interests
Descriptions and facts in this press material relate to Volvo Cars' international car range. Described features might be optional. Vehicle specifications may vary from one country to another and may be altered without prior notification.
To view the full copyright information click here
Related Images
Apr 03, 2006 ID: 3622 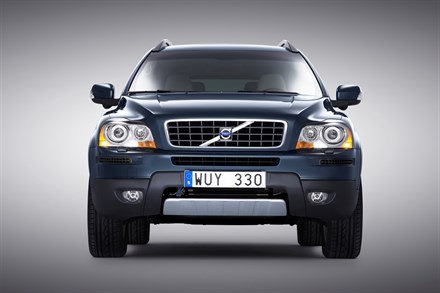 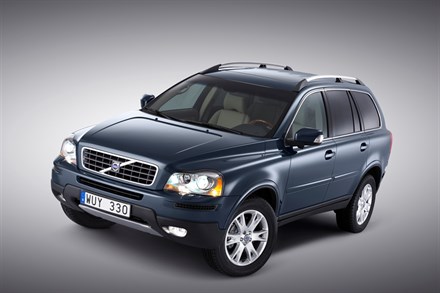