Silva Güllsdorf was born and educated in Slovenia. After training at the School of Business and Economics, she attained technical qualifications in Sweden.

Arriving to Sweden in 1970, Güllsdorf joined Volvo Car Corporation and began on the car assembly line. She progressed quickly in her career and was promoted to work supervisor. Shortly thereafter, became a production technician. In that role, she was responsible for production of the Volvo 700 Series at two plants, Torslanda and Kalmar.

In her next assignment, Güllsdorf oversaw production engineering, with responsibility for the interior, electrics and climate in the introduction of the Volvo 850 - built in Ghent, Belgium. Güllsdorf was part of a team breaking new ground for Volvo, as the 850 project marked the first time Volvo launched the production of an entirely new car outside Sweden.

After the successful running-in of the 850 Series, Güllsdorf was given management responsibility for quality improvements for products through contacts with customers and dealers. With this genuine customer interfacing experience, she was later appointed technical project manager for the second-generation Volvo XC70.

After the introduction of the Volvo XC70, Güllsdorf became manager of concept and demands in the Complete-Car area. There, she was responsible for concept development and requirement specification for all new Volvo cars and future concept studies. One of her notable projects was the development of the Volvo SCC (Safety Concept Car).

In the fall of 2002, Silvia Güllsdorf was appointed business project manager for the second-generation Volvo S80.

“I am still reaping the benefits of my years on the assembly line. When you’ve actually been involved in building the cars, it is easier to take the over-riding decisions. You see all the pieces of the complex puzzle that are involved in developing and producing an entirely new car model,” says Güllsdorf.

Güllsdorf's quality-enhancement experience working directly with both customers and dealers has also been invaluable to her role as manager of a major car project.

“What’s important is to understand customer demands and be able to translate their wishes into technical solutions that work,” explains Güllsdorf.

Keywords:
S80 (2007), People, Special Interests
Descriptions and facts in this press material relate to Volvo Cars' international car range. Described features might be optional. Vehicle specifications may vary from one country to another and may be altered without prior notification.
Related Images
Apr 03, 2006 ID: 3649 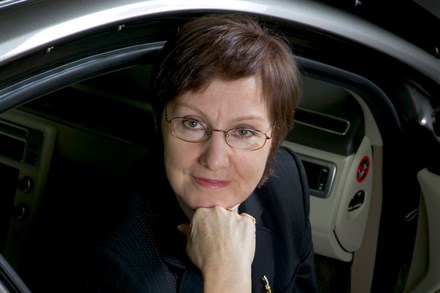 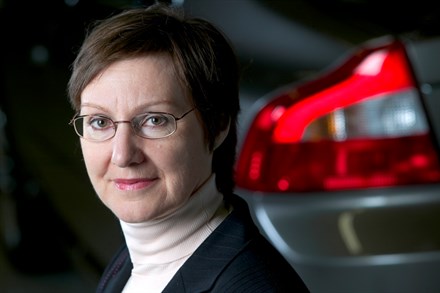