NEW YORK CITY (March 27, 2006) – Grace Farnan, an 11-year-old from South Hamilton, Mass., who has dedicated herself to the Hospice of the North Shore (HNS) has been named the winner of the Second Annual Alexandra Scott Butterfly Award, created by Volvo Cars of North America to honor young heroes who do the extraordinary in the areas of safety, quality of life and environment.

Grace will now travel with her family to New York where on April 12 she’ll be honored by Volvo and Alex Scott’s family at the Fourth Annual Volvo for life Awards ceremony, a gala event held in the Rainbow Room which honors hometown heroes of all ages nationwide. There, Grace will receive a $25,000 contribution to the charity of her choice. Alex's parents, Jay and Elizabeth Scott, will also receive a $25,000 contribution for the Alex's Lemonade Stand Foundation.

Grace's maternal grandmother peacefully passed away while in hospice care two years ago and the care her grandmother received inspired Grace to give something back. She became the youngest volunteer for the Hospice of the North Shore (HNS), which provides compassionate support to individuals and families facing life-threatening illnesses wherever they call home.

Grace’s efforts on behalf of HNS have educated many families about what it does for the community. She also has collected more than 225 new picture frames for HNS clients to keep photos of loved ones close at hand. Enlisting her own Girl Scout troop to help make guest books for patients, Grace has helped provide the means for families, visitors and staff to write encouraging notes and messages that a HNS client can keep at his or her bedside. Families of dementia patients particularly appreciate the guest books, as it enables them know who has visited their loved one. Grace’s efforts have helped provide more than 500 guest books for HNS.

The award is named in honor of Alex Scott, one of the first winning heroes in the Volvo for life Awards and an eight-year-old cancer patient from Wynnewood, Pa. She gained national attention for her efforts to raise money for pediatric cancer research by holding annual lemonade stands. What started as a simple but passionate idea inspired a worldwide grassroots fundraising effort that raised $1.4 million in 2004 alone. Sadly, Alex passed away Aug. 1, 2004. Parents Jay and Elizabeth continue promoting Alex’s cause and raising money for pediatric cancer research through their foundation, Alex’s Lemonade Stand.

The Butterfly Award is part of the Volvo for life Awards, a national search for and celebration of everyday heroes with Volvo providing $1 million in charitable contributions each year in honor of everyday heroes. The Butterfly Award called for people nationwide to nominate a young hero they knew who, like Alex Scott, did the extraordinary for their communities. Hundreds of nominations were submitted, and Jay and Elizabeth selected Grace as the winner.

“Shortly before she died, Alex spoke to us about butterflies, and we released them at her funeral as a beautiful tribute to her life. Since then, the butterfly has come to symbolize Alex, her life and her work,” said Jay and Elizabeth Scott. “The Alexandra Scott Butterfly Award will serve as an enduring tribute to her memory, and we congratulate Grace as this year's winner.”

The Fourth Annual Volvo for life Awards ceremony on April 12 in the Rainbow Room in New York City will be hosted by actor Benjamin Bratt and will feature musical performances by Avril Lavigne and the Harlem Gospel Choir.

For more information on the Volvo for life Awards and to view stories of dozens of this year’s nominees, visit www.volvoforlifeawards.com.

Keywords:
Safety, Events/Activities
Descriptions and facts in this press material relate to Volvo Cars' international car range. Described features might be optional. Vehicle specifications may vary from one country to another and may be altered without prior notification.
Related Images
Mar 31, 2006 ID: 3677 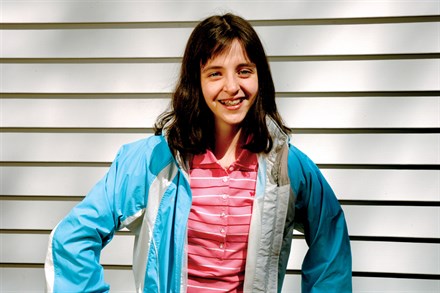 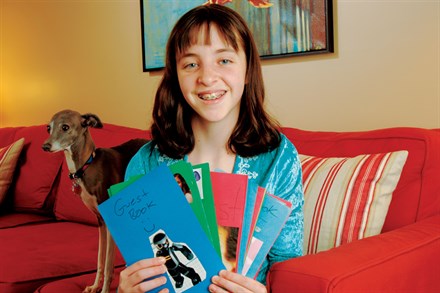