Rockleigh, N.J. (December 15, 2010) - Volvo's all-new S60 has been recognized by AUTOMOBILE Magazine as a 2011 All Star, marking yet another accolade for the Swedish manufacturer's exciting new entry into the hotly contested C/D premium sport-sedan segment. The AUTOMOBILE Magazine All-Star Award marks the fourth major U.S. award the S60 has garnered since going on sale in September.

"The S60 is arguably the most important car Volvo has launched in nearly a decade and it simply has to be a home run," noted Doug Speck, President and CEO, Volvo Cars of North America, LLC. "The AUTOMOBILE Magazine All-Star Award is an incredible honor and only helps to illustrate to consumers what a game changer the S60 is for Volvo."

Finding an All-Star is no easy feat.  The prestigious All-Star awards recognize ten vehicles chosen by the editorial staff of AUTOMOBILE Magazine. For 2011, there were 271 automobiles for sale in the United States that were eligible for the award. This year 39 vehicles were nominated by the editors to participate. Citing the February 2011 issue of AUTOMOBILE Magazine, the editors noted, "With the S60, Volvo has managed to carve out a distinct product in an impossibly crowded field. The S60 retains its Swedish personality but now challenges the class leaders on refinement and handling."

The award decisions are not made through an instrumented testing process. Rather, the winners are determined by a round-table discussion that results in an All-Star nod.

Aside from receiving the AUTOMOBILE Magazine All-Star, the all-new S60 has received three additional major U.S. accolades since its North American unveil at the New York auto show earlier this year. Most recently, the T6 engine was acknowledged by Ward's as one of the 10 Best Engines for 2011. Popular Science recognized Volvo's Pedestrian Detection with Full Auto Brake as the "Smartest Safety Feature" in its annual Best of What's New Auto Tech category. Volvo's technology for avoiding low-speed collisions also received the American "Traffic Safety Achievement Award" at this year's World Traffic Safety Symposium in New York in April.

This year's recognition as an AUTOMOBILE Magazine All-Star marks the second time Volvo has won the coveted award. The exciting C30 earned a similar honor in 2008.

On paper it's easy to see why the all-new S60 has garnered such praise. With 300 blistering horsepower and 325-lb.-ft. of torque available at just 2,100 rpm, standard all-wheel drive, a quick-shifting 6-speed "Geartronic" transmission with "Sport" mode, Volvo's 2011 S60 is the sportiest sedan in the Swedish company's 80-plus year history. Additionally, the turbocharged T6 engine sips fuel, providing 26 mpg on the highway and 18 mpg in the city for a combined 21 mpg.

AUTOMOBILE Magazine, part of Source Interlink Media, LLC, is America's leading automotive lifestyle publication and reaches 4.6 million readers monthly; through its print, online and digital components the brand counts an audience of over 6 million. Arbiters of the "All-Star" awards, Automobile Magazine profiles upcoming car designs from leading manufacturers. It is written for the sophisticated enthusiast and profiles high-end vehicles with compelling editorial and photographic content. For nearly 25 years, AUTOMOBILE Magazine has set the standard for automotive journalism, maintaining its devotion to auto adventure and an editorial approach that emphasizes "No boring cars!"

Source Interlink Media is the premier source of special interest media in the United States. With more than 70 publications, 90 websites, 800 branded products, 65+ events, and TV and radio programs, SIM is the largest provider of content to enthusiast communities interested in automotive, action sports, marine and other niche activities. The division's strategy is to wholly focus on targeted audiences by leveraging and expanding upon its core market-leading brands through a multiplatform media approach.

Keywords:
Old S60, Awards, 2011, 2012
Descriptions and facts in this press material relate to Volvo Cars' international car range. Described features might be optional. Vehicle specifications may vary from one country to another and may be altered without prior notification.
Related Images
Sep 13, 2010 ID: 34610 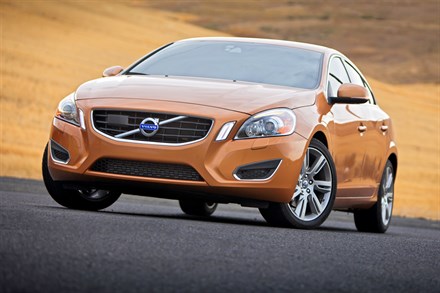 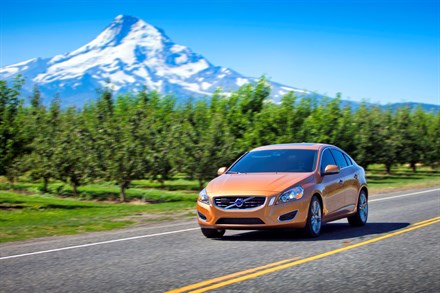 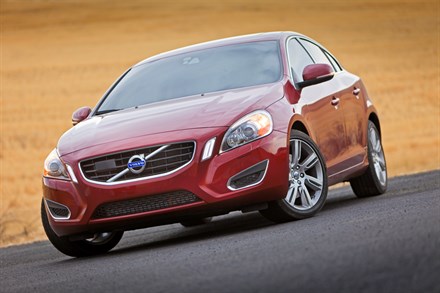