As of the end of November 2010, the Volvo XC60 can be specified with the new Pedestrian Detection with Full Auto Brake safety system. At the same time, the XC60 gets the new infotainment system that has been introduced in the Volvo S60 sport sedan. All the information is presented in a standard 7-inch high-definition color screen integrated into the upper part of the center console.

Pedestrian Detection with Full Auto Brake, which was introduced in the new Volvo S60 sport sedan, is now available in the Volvo XC60. This is a support function that helps the driver detect potentially dangerous situations and can actively help avoid the nightmare scenario of colliding with a pedestrian.

Pedestrian collisions occur on a daily basis in the increasingly intensive traffic environment. For instance, 11 percent of all those killed in traffic in U.S. are pedestrians. This amounts to approximatly 4,700 fatailities a year and it's a number Volvo is hoping to reduce.

First a warning, then full braking power
Pedestrian Detection with Full Auto Brake uses radar and camera technology to watch out for pedestrians in front of the car. The main purpose of the initial warning is to alert the driver so he or she can brake or steer out of the way. If the driver does not respond to the warning, the car automatically brakes with full force moments before the collision becomes unavoidable. With automatic braking, collisions can in certain circumstances be avoided at speeds of up to 22 mph.

It is estimated that if all cars were fitted with Pedestrian Detection with Full Auto Brake the number of pedestrians killed would be able to be reduced by more than 20 percent globally. The corresponding figure for serious injuries is almost 30 percent. In three cases out of ten, the collision may be able to be entirely avoided. The estimates are based on pedestrians being hit by the front of the car.

Can also avoid rear-end impacts
The collision warning system is also programmed to react if the vehicle in front is at a standstill or is moving in the same direction as one's own car. In certain situations, a collision may be avoided if the speed difference between the two vehicles is below 22 mph. The technology is active in all speeds.

In the comfort stakes, the Volvo XC60 is now available with the latest version of Adaptive Cruise Control (ACC), which automatically helps maintain a pre-set gap to the vehicle in front. New is that this works also when driving in slow-moving traffic, all the way down to standstill. The car accelerates automatically when the traffic gets moving again.

A 180-degree field of vision front-mounted camera is another new feature in the XC60. This camera, offered as an accessory, is a significant asset in road junctions with limited visibility and also when parking. The view from the camera is presented in the 7-inch screen integrated into the center console.

The Volvo XC60 is being upgraded with an entirely new infotainment system where information from the audio system, navigation unit, mobile phone and other functions is presented in a 7-inch color screen in the upper part of the center console. This screen is positioned high up in the driver's field of vision to make it easy to keep his or her eyes safely on the road. All the functions can be operated via buttons built into the steering wheel or controls positioned immediately below the screen. In addition, there is a separate remote control. Additionally, the XC60 gets the same style center stack and the same range of audio units as recently introduced in the Volvo S60.

The standard High Performance Sound System also uses the new 7-inch screen. Prior to the integration of the new infotainment system, audio information was displayed in a small "eyebrow" binnacle located at the top of the XC60's instrument panel.

Keywords:
Old S60, Volvo XC60, 2011
Descriptions and facts in this press material relate to Volvo Cars' international car range. Described features might be optional. Vehicle specifications may vary from one country to another and may be altered without prior notification.
Related Images
Feb 09, 2010 ID: 31680 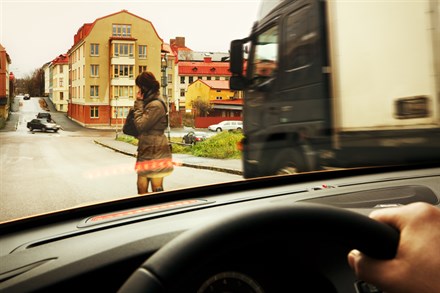 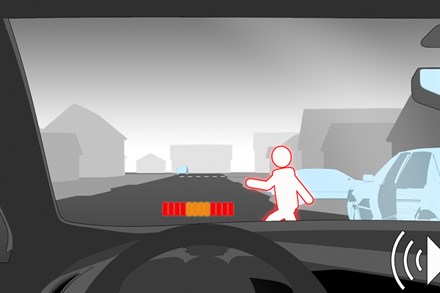