New York (March 31, 2010) - Volvo Cars of North America, LLC (VCNA), pulled the wraps off the all-new 2011 S60 sport sedan today at the New York Auto Show. Making its North American debut in the Big Apple following its global unveiling in Geneva earlier this month, the all-new Volvo S60 is set to take its rightful place among the world's top sport sedans when it arrives at dealerships later this fall.

"There is no doubt the all-new S60 will be going head-to-head with the best sport sedans in the world," said Doug Speck, VCNA President and CEO. "But with 300 horsepower, all-wheel drive and a very attractive starting price, I'm confident we'll be popping up on many driving enthusiasts' shopping lists."

VCNA expects the all-new S60 to eventually become its top seller in the United States. The all-new S60's focus is clear: It must offer jaw-dropping design, smile-inducing driving dynamics and unique safety technology.

Jaw-dropping design: Sculpted to move you

Like a work of art that elicits double- and triple-takes, the all-new Volvo S60 has been sculpted to move you. This breathtaking new design captures the imagination and sets the heart racing like no other Volvo sedan. While it clearly signals a revolution in Volvo design, the S60 upholds the Swedish carmaker's proud 83-year history of crafting vehicle silhouettes that withstand the test of time.

Volvo's designers have applied LED (Light Emitting Diode) technology to create distinctive yet fluid light streams front and rear. Vertical position lights at the front, eyebrow like side marker lights, turn indicators mounted in the mirrors and position lights in the tail lights give the new S60 an unmistakable profile that's even recognizable in the dark.

The interior of the all-new S60 is lavish in terms of its driver-oriented details, but it's still a five-passenger car offering comfortable space for all its occupants. The sculpted outer rear seats give the passenger in the middle welcome side support. The all-new S60 benefits from a nearly 2.4-inch increase in wheelbase over the previous-generation S60. This increase has a direct impact on rear seat leg room. Rear passengers will notice a 2.1-inch increase in leg room. Knee space in the rear seat has increased by more than an inch compared with the previous-generation S60.

Volvo's design language has undergone dramatic change over this past decade - without compromising on the core values that have made the brand one of the strongest in the automotive world.

The all-new S60 will be launched in the United States with the T6 engine, an upgraded, more powerful version of the T6 engine currently offered in the XC60 premium crossover. All T6 models come standard with Volvo's all-wheel-drive system.

The turbocharged T6, displacing 3.0 liters, has been improved with lower internal friction and is the most powerful six-cylinder engine currently offered by Volvo. It now puts out 300 horsepower and a stout 325 lb.-ft. of torque. Maximum torque is achieved from just 2,100 rpm and remains available throughout the rev range. Power is transmitted to the wheels via Volvo's second-generation six-speed automatic Geartronic transmission. New valves and lower friction mean faster gear changes than before.

The steering gear ratio has been made 10 percent faster than in previous models to give enhanced steering feel and sharper response. The steering column's thicker tubing and stiffer bushings result in increased torsional rigidity by 100 percent. This contributes to the increased feeling of direct contact with the road.

Up front, the struts have thicker piston rods compared with the sports chassis in the Volvo S80. The 47 percent increase of stiffness means that the structure is better able to take up lateral loads. The springs themselves are shorter and stiffer than before with Eigen frequency increased by 10 percent.

The bushings are generally stiffer than in Volvo's current sports chassis. Front strut mounting stiffness has increased by 50 percent. The subframe bushings front and rear are up to twice as stiff when compared with previous models. Link arm bushings have also been optimized for sporty driving with full control.

The S60 is the first sedan on the market equipped with Advanced Stability Control. A new roll angle sensor identifies any skidding tendency at a very early stage so the anti-skid system can step in earlier and with greater precision. Advanced Stability Control is a great asset in dynamic driving involving considerable lateral forces, which improves handling and rapid avoidance maneuvers.

When cornering, the car's inner driven wheel is braked while at the same time more power is transmitted to the outer driven wheel. This allows the driver to take the corner more tightly while reducing any tendency to understeer.

Pedestrian accidents occur every day in our increasingly intensive traffic environments. In the U.S., 11 percent of all traffic fatalities are pedestrians. That equates to approximately 4,700 deaths annually and it's a number Volvo is hoping to reduce with the introduction of Pedestrian Detection with Full Auto Brake.

Pedestrian Detection with Full Auto Brake is a groundbreaking technological solution that actively helps the driver avoid accidents. Volvo's radar- and camera-based system can detect pedestrians in front of the car, warn the driver if anyone walks out into its path - and then automatically activate the S60's full braking power if the driver fails to respond in time. This world-first technology can help the driver avoid a collision with a pedestrian.

Pedestrian Detection with Full Auto Brake consists of a newly developed radar unit integrated into the all-new S60's grille, a camera fitted in front of the inside rearview mirror and a central control unit. The radar's task is to detect any object in front of the car and to determine the distance to it while the camera determines what type of object it is.

Half of all pedestrian accidents occur at speeds below 16 mph. Pedestrian Detection with Full Auto Brake can avoid a collision with a pedestrian at speeds up to 22 mph if the driver does not react in time. At higher speeds, the focus is on reducing the car's speed as much as possible prior to the impact. The speed reduction is up to 22 mph.

Statistics reveal that the car's speed has considerable importance for the outcome of the accident. A lower speed of impact means that the risk of serious injury is significantly reduced. For instance, if speed is cut from 31 mph to 16 mph, Pedestrian Detection with Full Auto Brake is expected to reduce the fatality risk by as much as 20 percent and in some certain cases up to 85 percent.

Keywords:
Old S60, 2011
Descriptions and facts in this press material relate to Volvo Cars' international car range. Described features might be optional. Vehicle specifications may vary from one country to another and may be altered without prior notification.
Related Images
Feb 09, 2010 ID: 31652 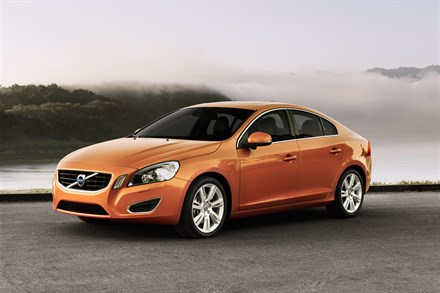 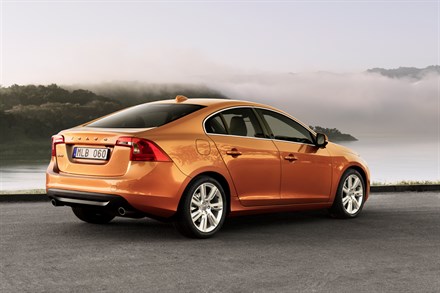