Volvo Cars best in Sweden - double awards for its communication

Volvo Cars best in Sweden - double awards for its communication

Volvo Cars received two prestigious prizes at the annual Swedish Publishing Award ceremony in Stockholm last night. Volvo Cars' Corporate Report with Sustainability was rated as the top report in its category and Agenda Magazine was awarded the best in-house magazine in Sweden.

"We are very proud to receive this fine award. The area of sustainability is an integral part of our business since many years, and this proves we have been able to communicate it in the best possible way through our Corporate report," says Linn Fortgens, Manager Corporate Communications.

Agenda Magazine was one of six nominees in its category and scored the best result with 39 points of maximum 40. The magazine was awarded the first prize with the following statement from the jury:
"Straightforward, precise and well edited with a varied mix of texts and images as well as excellent repro, print and choice of paper quality."

The competition entry was issue no 2/2009, with articles about the company's venture in developing plug-in hybrids.
"I am proud and honoured that Agenda Magazine yet again is rated the best in Sweden in its category. An in-house magazine has an important role to play in a global company like Volvo Cars. It carries the corporate culture which contributes to a "we" feeling and sense of togetherness," says Editor-in-Chief Ann-Mari Robinson.

The Swedish Publishing Award is a national competition and was arranged in Stockholm for the 17th year running. Prizes are awarded in 29 different categories. The purpose is to reward good design, well-made typography, and good texts well worth reading with a clear and visual message, informative content, a defined target group and a distinct identity.

Both the Corporate Report with Sustainability and Agenda Magazine are produced by Volvo Cars Public Affairs in cooperation with agencies Solberg Communication and Studio Desktop. The report is published in some 15,000 copies in two languages - Swedish and English. The magazine is published six times a year in some 30,000 copies in three languages - Swedish, English and Dutch.

Keywords:
Awards
Descriptions and facts in this press material relate to Volvo Cars' international car range. Described features might be optional. Vehicle specifications may vary from one country to another and may be altered without prior notification.
Related Images
May 06, 2009 ID: 19424 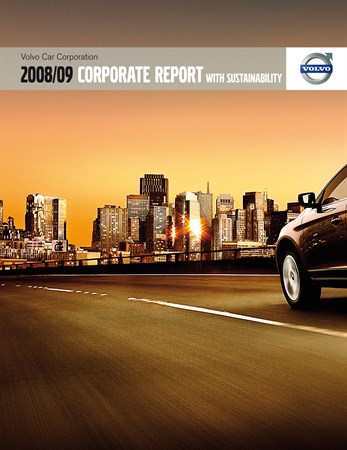 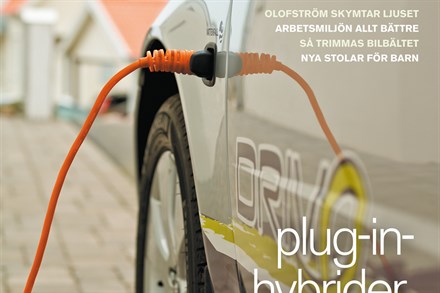