Key to Safety at Start Up

Volvo Cars’ most recent contribution to road safety is an experimental car equipped with a combined lock and seat belt lock as well as a special ignition key that regulates the "breathalyser" car’s speed. In order to start the engine, the driver must first blow into the built-in "breathalyser" lock and then fasten the seat belt. The "breathalyser" test has to show negative and the seat belt must be fastened, otherwise the car engine will not start. The third stage is that, using the special ignition key, the car’s speed is limited to a pre-determined limit such as 90 km/h. This, in effect, is a Volvo multi-lock system.

“We know that a very large proportion of car accidents resulting in serious injuries or fatalities are caused by drivers under the influence of alcohol. According to the EU Commission, about 10,000 people a year die in alcohol-related road accidents on European roads. Many car accidents also result in serious personal injuries because drivers and passengers fail to wear their seat belts. That is why we are also working on the development of a "breathalyser" lock. With our multi-lock technology, the aim is to try to prevent these accidents,” says Ingrid Skogsmo, head of the safety center at the Volvo Car Corporation, in Gothenburg, Sweden.

International statistics also show that youngsters are clearly over-represented in car accidents. The risk of 18 to 25 year olds being involved in an accident is more than twice that of people between the ages of 26 and 50, according to EU statistics. The accidents often result from high speed combined with inadequate experience. This is a lethal combination.

“Using our special ignition key, we can easily program the car so it cannot exceed 90 km/h, for instance. This gives parents an added measure of security when they lend their cars to their children with fresh driver's licenses. It can be a source of great security to know that the car cannot exceed a pre-determined speed. This is also a technology that lends itself to implementation in different types of commercial traffic. A distribution truck that never leaves the urban area, for instance, never needs to exceed 70 km/h,” says Ingrid Skogsmo.

The special ignition key can be pre-programmed to any speed limit. In certain European countries, there is already a “youth license” whereby the driver is not allowed to exceed 90 km/h for a pre-determined period, indicated by a “90” sign on the car. With the speed key, implementation of this rule would be easier to ensure.

Volvo Cars has developed its multi-lock system to raise interest in traffic safety among the general public and among decision-makers. In Volvo’s version, the technique is very simple to use since the "breathalyser" lock is attached to the seat belt itself.

“This experimental car is an important step for us in evaluating the possibility to offer multi-lock technology to all our car customers,” explains Ingrid Skogsmo.

Keywords:
Safety
Descriptions and facts in this press material relate to Volvo Cars' international car range. Described features might be optional. Vehicle specifications may vary from one country to another and may be altered without prior notification.
Related Images
Aug 25, 2005 ID: 2993 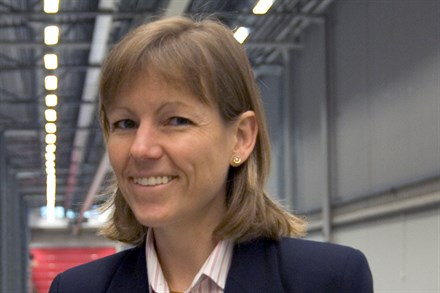 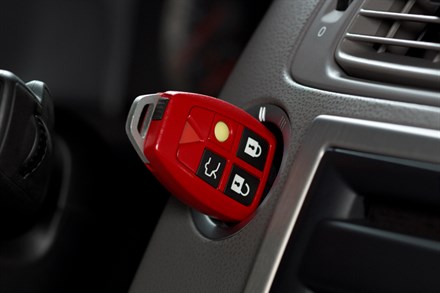