As the supply chain constraints continue to slowly ease, production is improving month over month. The company is approaching its year-ago production levels, which is still below ambition. Production volumes will typically impact retail deliveries with a delay of 2-3 months.

Supply shortages will remain a constraining factor for Volvo Cars and the auto industry. The escalating military conflict in Ukraine may have a negative impact on the supply chain as military conflicts cause disturbances to transport and economic activity in surrounding regions. The company is carefully monitoring the situation.

Sales of Volvo Cars’ Recharge models made up for 33.0 per cent of all Volvo cars sold globally during the month. Sales of fully electric cars increased by 229.5 per cent compared with the same month last year and made up 7.9 per cent of total sales.

Keywords:
Corporate News
Descriptions and facts in this press material relate to Volvo Cars' international car range. Described features might be optional. Vehicle specifications may vary from one country to another and may be altered without prior notification.
To view the full copyright information click here
Related Images
Oct 11, 2021 ID: 287384 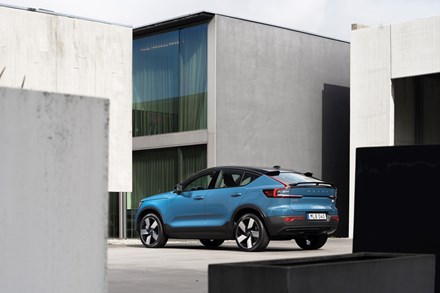