US sales reached 11,575 cars in the month of July, up 19.4 percent compared to the same period last year. The increase was led by a strong customer demand, mainly for the XC60 which was the best-selling model, followed by the XC90. For the first seven months, US sales rose by 42.3 percent to 75,329 cars.

In China, sales reached 14,550 cars, up 1 percent compared with July last year. In the first seven months of the year, sales increased by 37 percent, compared with the same period last year. The highest selling car in China in July was the XC60, followed by the S90.

Volvo Cars’ July sales in Europe reached 22,408 cars, down 22 percent compared with the same period last year. In contrast to the overall decrease in Europe, the UK, one of Volvo Cars’ top European markets, posted a strong sales performance for the month. The highest selling car in Europe in July was the XC40, followed by the XC60. Total sales in Europe for the period January to July reached 189,230 cars.

Keywords:
Product News
Descriptions and facts in this press material relate to Volvo Cars' international car range. Described features might be optional. Vehicle specifications may vary from one country to another and may be altered without prior notification.
To view the full copyright information click here
Media Contacts
Related Images
Mar 09, 2021 ID: 279255 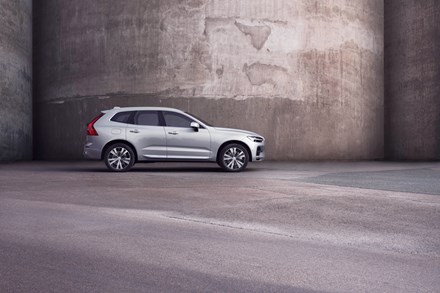