The Volvo Name Is 90 Years Old and Still Going Strong

Göteborg, SWEDEN (June 30, 2005) - You might say that 90 years ago Volvo found its bearings and hasn't lost them since. Or to put it another way, in June of 1915, the name Volvo was officially registered by Svenska Kullagerfabriken - SKF - a Swedish manufacturer of bearings.

SKF realized the enormous market potential the automotive business offered for a manufacturer of bearings, and accordingly started up a subsidiary to supply this industry. A member of the company's management with an ear for words and languages came up with the name VOLVO.

"Volvere" is the infinitive form of the verb "roll" in Latin. In its first person singular form, the verb "volvere" becomes "volvo", i.e. "I roll".

"Volvo came to America in 1955 as a brand known for surviving tough Scandinavian winters and quickly earned a reputation as being one of the safest cars in the world." comments Daniel Johnston, product communications, Volvo Cars North America and a 39-year Volvo veteran. "We gave three-point safety belts to the world and were the first to fit them as standard equipment in 1959. What makes our jobs rewarding is reading customer letters where they believe our car saved their life. We don’t just make a car, we make a way of life and a way to help save lives. We're proud to be part of a company that has stood for something more definable than just sheet metal and glass."

SKF was already a world-leading developer and manufacturer of industrial bearings thanks to the unique invention, the spherical bearing, of its founder Sven Wingquist.

Unfortunately, world events put an abrupt halt to a Swedish automotive business. With the start of World War I. potential bearing customers had to change over from cars to heavy vehicle production and other war materiel. By1926, however, SKF resurrected the idea of a Swedish automobile company at the urging of two employees, Assar Gabrielsson and engineer Gustaf Larson.

With a Swedish automobile company finally becoming a reality, Volvo needed a visual compliment to the name. The company adopted the ancient chemical symbol for iron, a circle with an arrow pointing diagonally upwards to the right, was adopted. The ideogram has long been the symbol of the iron industry and creates associations with the honored traditions of the Swedish iron industry; steel and strength.

The new car also got its name Volvo written in its own typeface. The logotype was complemented with a diagonal band running across the radiator, from top left to lower right, already on the first car in April 1927. The band was originally a technical necessity to keep the chrome badge in place but it gradually developed into being a more of a decorative symbol. It is still found across the grille of every Volvo vehicle. And in the centre of the steering wheel you still find the iron symbol.

In 1999, the company's owner AB Volvo sold Volvo Car Corporation to Ford Motor Company. One reservation was, stipulated, however: that the brand name should continue to be used in the future by both Volvo Cars and the rest of the companies in the Volvo Group.

To date, some 13.5 million Volvo cars have been produced. True to the meaning of the name Volvo, "I roll," some 8 million are still rolling today.

Keywords:
Special Interests
Descriptions and facts in this press material relate to Volvo Cars' international car range. Described features might be optional. Vehicle specifications may vary from one country to another and may be altered without prior notification.
Related Images
Jun 29, 2005 ID: 2705 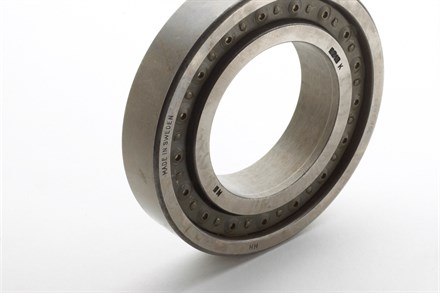 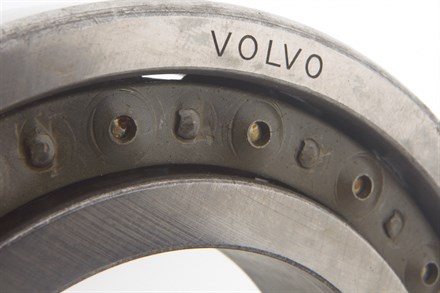