Two significant mechanical changes enhance the Volvo V70 R high-performance wagon for 2006. New All-Wheel Drive with Instant Traction™ is a standard feature designed to improve road grip. It’s fitted with the next-generation computer-controlled Haldex AWD system that instantaneously delivers up to 50 percent more torque to the rear axle only when needed, such as during takeoff.

Instant Traction adds a one-way pre-charging valve to the AWD system that maintains a torque load of 59 foot pounds, which is available instantly. Prior to Instant Traction, if the AWD system sensed that the front wheels were losing traction, one-seventh of a wheel rotation occurred before it began redirecting torque to the wheel with traction. That rotation could influence performance under certain conditions.

The V70 R’s new optional six-speed Geartronic automatic transmission makes driving more enjoyable by providing an additional gear. This stronger transmission also allows the full torque and horsepower of the engine to be used. The improvement in performance can be measured in 0-60 mph acceleration of just 6.5 seconds compared to the previous 7.4 seconds. Meanwhile, the Volvo six-speed manual gearbox continues to be offered. Its short-throw shifter allows fast gear changes, enhancing the connectivity between the car and driver. The V70 R equipped with the six-speed manual is capable of reaching 60 mph in 5.6 seconds.

The Volvo V70 R is fitted with the most powerful engine in the V range. Volvo’s five-cylinder 2.5-liter in-line turbocharged power plant produces 300 horsepower and 295 ft. lbs. of torque between 1,950 and 5,250 rpm. Power output per liter of cylinder displacement places it among market leaders for performance efficiency. The engine reaches maximum torque at 1,950 rpm, thanks to a larger cylinder bore and a turbo from KKK, with a maximum charging pressure of about 1 bar. The high charging pressure significantly raises the temperature of the intake air, so the V70 R is fitted with twin intercoolers. The engine is equipped with Dual Wide Range CVVT continuously variable valve timing, on both the intake and exhaust camshafts. CVVT adjusts the valve opening times to suit the engine speed and load, lowering fuel consumption and reducing emissions, while increasing performance. The emission standards of the R engine satisfy American LEV2 requirements. To withstand the increased stress, pistons and connecting rods are heavily reinforced and cylinder head cooling is enhanced. The oil sump is designed to safeguard oil supply to the engine under extreme G-forces.

Performance by Volvo also means the safety of handling and control that comes from the unique Volvo Four C (Continuously Control Chassis Concept). With this active chassis system, which compensates for road variances using a sophisticated network of sensors, All-Wheel Drive with Instant Traction™, DSTC (Dynamic Stability and Traction Control), and “performance on demand” versatility, Volvo engineering takes performance to the next level.

Keywords:
R, 2006
Descriptions and facts in this press material relate to Volvo Cars' international car range. Described features might be optional. Vehicle specifications may vary from one country to another and may be altered without prior notification.
Related Images
Jun 20, 2005 ID: 2762 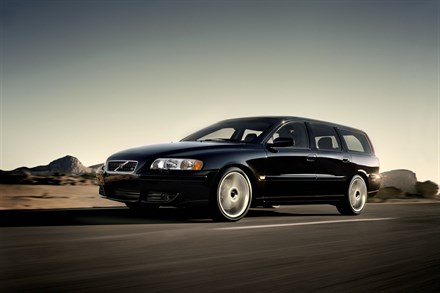 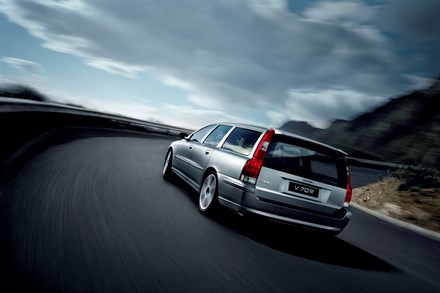 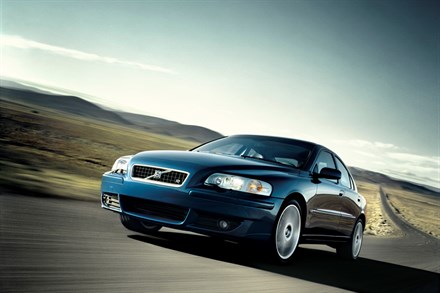 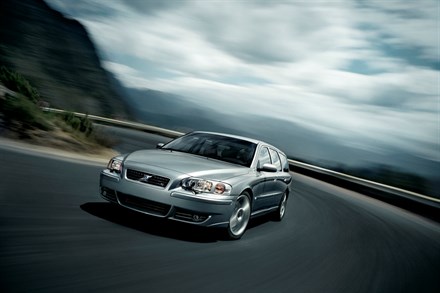