Volvo’s flagship S80 sedan focuses on luxury for 2006 via a simplified model lineup. The range now comprises the S80 2.5T and the S80 2.5T AWD. The previous T6 and T6 Premier variants have been discontinued. Meanwhile, the list of standard equipment for the 2.5T and 2.5T AWD has been greatly enhanced. For example, the former Premium and Sport option packages are now standard.

New All-Wheel Drive with Instant Traction™ is standard on the S80 2.5T AWD. It mates with the S80’s 2.5-liter turbocharged engine for positive, instantaneous torque and optimum launch performance. The improved, computer controlled Haldex all-wheel-drive system instantly delivers up to 50 percent more torque to the rear axle only when needed, such as during takeoff.

Prior to Instant Traction, if the AWD system sensed that the front drive wheels were losing traction – such as on a slippery road – one-seventh of a wheel rotation occurred before it began redirecting torque to the wheels that have traction. This fraction of a rotation could influence performance under certain conditions. Instant Traction adds a one-way pre-charging valve to the AWD system that maintains an instantly available torque load of 59 foot-pounds. Torque can be transferred directly, without any speed difference. As before, there is no need for the driver to worry about engaging the system. It’s all done automatically and seamlessly.

The Volvo S80 received a Five Star/Five Star crash test rating from U.S. government agencies and a “Best Pick” designation by the Insurance Institute for Highway Safety. The S80 has won industry acclaim and contributed new designs and new technologies to the Volvo safety repertoire.

Keywords:
S80 (2007), 2006
Descriptions and facts in this press material relate to Volvo Cars' international car range. Described features might be optional. Vehicle specifications may vary from one country to another and may be altered without prior notification.
Related Images
Jun 20, 2005 ID: 2739 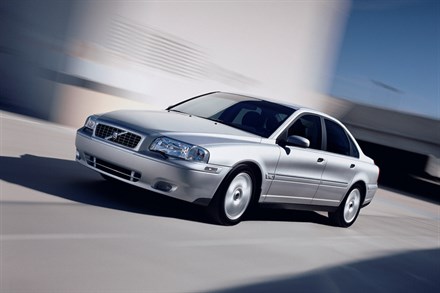 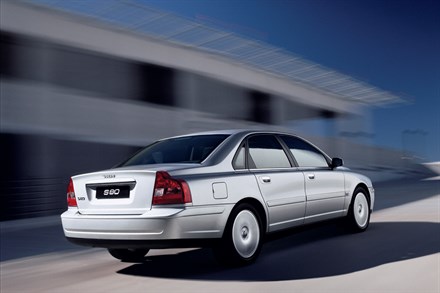