Volvo Cars reports global sales of 44,830 cars in May

Volvo Cars sold 44,830 cars in May, down 25.5 per cent compared with the same month last year, as sales and showroom traffic trends in Europe improved and sales in China continued to grow.

In the US, sales recovered quicker than expected as more states loosened restrictions put in place due to the coronavirus pandemic.

In the January to May period, Volvo Cars global sales reached 208,479 cars, down 25.0 per cent compared with the same period last year.

Sales in Europe during the month of May continued to be impacted by restriced movements as a result of the coronavirus pandemic, but showed signs of recovery compared with the previous month as more countries in the region started to open up.

Volvo Cars’ sales in Europe reached 14,965 cars in May, down 49.6 per cent versus the same month last year. In the the first five months of the year, sales declined by 34.3 per cent year-on-year.

In May, the XC60 mid-size SUV was the top selling model for the company, followed by the compact XC40 SUV and the large XC90 SUV. During the month, SUVs accounted for 68.5 per cent of the company’s total sales, up from 61.0 per cent in same month last year.

Keywords:
Sales Volumes, Mission
Descriptions and facts in this press material relate to Volvo Cars' international car range. Described features might be optional. Vehicle specifications may vary from one country to another and may be altered without prior notification.
To view the full copyright information click here
Media Contacts
Related Images
Apr 02, 2020 ID: 265602 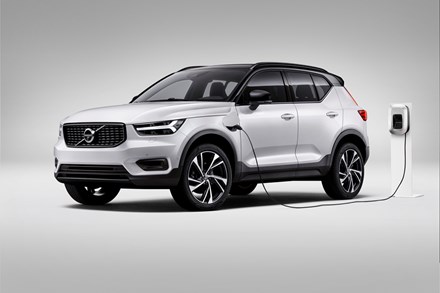