Sebring, FL – (16 March 2005) The much awaited unveiling of the 2005 Volvo S60 R Speed World Challenge race car happened today at the Sebring International Raceway. At Speed Motorsports owner Bob Miller pulled the cover off the car just moments before it was to take to the track for its first session of practice for the first World Challenge event of the season.

While maintaining the look of the street version of the S60 R, certain aspects of the car have changed significantly from the car that debuted late in the season last year. The race car sports brand new bodywork on the front, sides, and rear to accommodate the wider tires permitted by SCCA. “The bodywork is intended not just to be wider for the tires, but to incorporate aerodynamic enhancements into the overall package,” said Miller. “All of the bodywork was custom designed and fabricated in our shop in Maryland.”

Volvo Cars North America Vice President of Communications John Maloney was pleased with the results. “This is a very impressive car, not just in terms of the bodywork but also in the overall engineering improvements of the chassis and suspension. With the Cosworth engine and X-Trac gearbox, we should have a very capable package,” he said. “In keeping with the World Challenge rules, the car is based on the same components as the street car, so it will really show people what a Volvo is capable of. The Team learned a lot in a short period of time last year and we expect to be much more competitive this season.”

This is the first of at least two cars that will be built to the 2005 specification. The second is nearing completion, and should be ready for the next race in St. Petersburg. At Speed is also planning to field a third car designed around the older, 2004 specifications.

Based in Savage, MD, At Speed Motorsports was formed by Miller in 1996. In 2000, the team moved into the SPEED World Challenge, leading to Miller’s winning the Rookie of the Year in 2001. At Speed continued to expand in 2002, and in 2004 began development of the Volvo S60-R, receiving support from the Volvo North American Dealer Network. 2005 marks the second year running the Volvos and the expansion of At Speed Motorsports into a full-service race shop offering services and products to other teams/drivers.

Keywords:
R, Events/Activities, Special Interests
Descriptions and facts in this press material relate to Volvo Cars' international car range. Described features might be optional. Vehicle specifications may vary from one country to another and may be altered without prior notification.
Related Images
Mar 17, 2005 ID: 2665 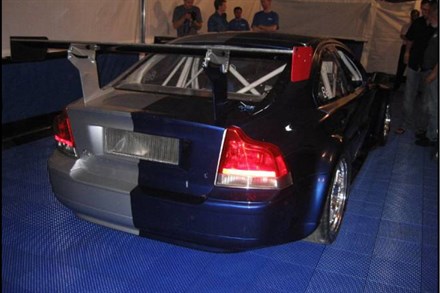 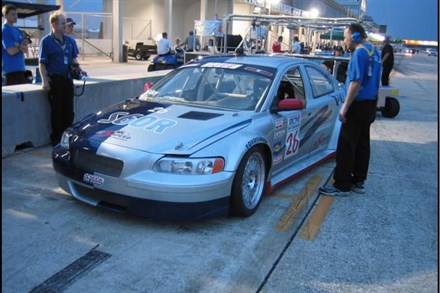