Volvo and Celebrity Judges Recognize Heroes at Third Annual Volvo for life Awards; One Hero Will Receive a Volvo Car for Life

The heroes will each receive a $50,000 contribution to the charity of her choice, and tonight one overall grand winner will be unveiled as “America’s Greatest Hometown Hero” and be presented with a new Volvo every three years for the rest of her life.

The Volvo for life Awards is the largest-ever national search for and celebration of everyday heroes, with Volvo Cars of North America providing $1 million in awards and contributions.

The program, launched in June 2004, called for individuals nationwide to visit ww.volvoforlifeawards.com and nominate an unsung hometown hero they know in one of three categories: safety, quality of life or environment. Volvo received 4,272 nominations representing all 50 states.

In 1999, Paula Lucas and her children fled to the United States from their home in the Middle East, where they had for 12 years endured horrible abuse by her husband. If her husband or his family had caught her, she would have been imprisoned and would have never seen her children again. After returning to the United States, Lucas had to fight to retain legal custody of her children, and learned that no programs existed to assist American citizens wishing to repatriate, particularly women leaving abusive marriages overseas. Determined to help women in similar situations, Lucas created the American Domestic

Violence Crisis Line (866-USWOMEN), a non-profit organization that serves the estimated 60,000 to 80,000 American women and children abused per year overseas. A lifeline to hundreds of women and their families, in 2004 alone, Lucas’ hotline provided crises intervention for 150 families. And, the organization provided airline tickets for four families to return to the United States, emergency housing for 10 families, and legal retainers for four additional families.

Born with bilateral clubfeet, Hope Bevilhymer by age 25 had undergone more than 29 unsuccessful surgeries and was taking 100 Tylenol a week to manage her pain. Faced with the decision to either amputate one leg from the knee down or to undergo additional surgeries, she chose to amputate. Soon after her surgery, Bevilhymer received used prosthetics from people who thought she could use them. About the same time, she saw a documentary on African and Laotian refugees who were land-mine amputees unable to afford prosthetic limbs. Realizing the connection, Bevilhymer created the Limbs of Hope Foundation, which collects prosthetic limbs to share with people in developing countries. To date, Limbs of Hope has provided more than 55 prosthetic limbs to people in such countries as Cambodia, Mexico and Romania who otherwise would spend the rest of their lives missing limbs.

In 1993, the Alaska Pulp Corp., Sitka, Alaska’s largest employer, shut down its pulp mill. Almost overnight, two thirds of the workforce lost their jobs, and 100 families in the 8,500-person community moved away. Political leaders blamed environmentalists for the mill failure. The town was bitterly divided, and the economic outlook was bleak. Inspired to help the community get back on its feet, Lisa Busch spearheaded the formation of Sitka Trail Works, an organization that provided retraining money for dozens of displaced timber workers to become trail crew workers. The program was designed to improve an existing trail system, provide jobs and new opportunities for unemployed residents, and increase tourism. But perhaps most importantly, it bridged a bitter rift that had formed between environmentalists and timber proponents. Today, Sitka Trail Works has more than 500 members and has built more than $2 million worth of trails. As president of Sitka Trail Works, Busch continues to work enthusiastically with local, state and federal agencies to promote trails as a healthy lifestyle choice for people of all ages.

“We appreciate the difficult task set before our judges of choosing our category winners from our pool of outstanding finalists, and we’re grateful for their time and effort,” said Anne Bélec, incoming president and chief executive officer for Volvo Cars of North America. “We applaud Paula, Hope and Lisa for the work they’ve done to improve the quality of life, safety and environment of thousands of people worldwide. We also applaud the efforts of our six other finalists, as well as the efforts of the more than 4,200 heroes who were nominated for our program this year.”

The third annual Volvo for life Awards are being hosted by actor Jim Belushi and will feature music performances by the Black Crowes, Sahara Hotnights and Tina Dico. Several of the celebrity judges will be on hand tonight to honor the winning heroes. The six remaining finalists in the initiative will be on hand and each will receive a donation of $25,000 to the charities of their choice. The remaining finalists are:

In addition to the three category winners, Volvo also named 11-year-old Suzie Tipton of Hendersonville, N.C., the winner of the first Alexandra Scott Butterfly Award. The award celebrates Alexandra Scott, a Volvo for life Awards winner from Wynnewood, Pa., who passed away at age eight from cancer. She raised more than $1 million for pediatric cancer research through lemonade sales and other fundraising activities. Parents Jay and Elizabeth Scott continue promoting Alex’s cause and raising money for pediatric cancer research through their foundation, Alex’s Lemonade Stand.

Tipton suffers from cerebral palsy and her disability inspired her to start “Suzie’s Closet,” a program encouraging children who outgrow their special needs equipment to donate it to a “loan closet.” The items are then given to other special-needs children or adults who cannot afford the equipment.

Tipton is being recognized by the Scotts at the Volvo for life Awards Ceremony and will receive a $25,000 contribution to the charity of her choice.

Keywords:
Lifestyle, Safety, Environment, Events/Activities, Special Interests
Descriptions and facts in this press material relate to Volvo Cars' international car range. Described features might be optional. Vehicle specifications may vary from one country to another and may be altered without prior notification.
Related Images
Mar 11, 2005 ID: 2641 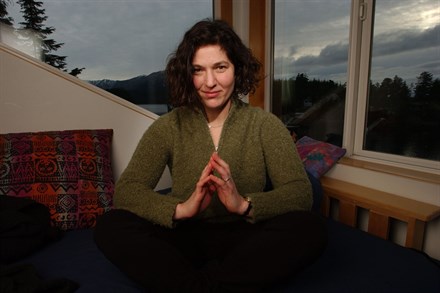