NEW YORK, NY (March 24, 2005) – Volvo Cars of North America along with billionaire entrepreneur Sir Richard Branson, chairman of the Virgin Group of Companies today unveiled that a 41-year-old Denver man is the winner of a trip on a sub-orbital flight to space on Sir Richard’s Virgin Galactic.

Doug Ramsburg of Northglenn, Colo., is expected to be among the first people to travel on a commercial flight to space. He was among the more than 135,000 aspiring astronauts who registered to win a trip to space as part of a promotional effort by Volvo to introduce its new V8-powered Volvo XC90 SUV.

On Feb. 6, 2005, during its first-ever Super Bowl advertisement, Volvo unveiled the Volvo XC90 V8 by comparing its power to a rocket blasting into space. Near the commercial’s end, the ship’s pilot revealed himself as Sir Richard, whose Virgin Galactic – one of the world’s first commercial space tourism operators – plans to debut commercial space flight within the next two to three years. The end of the ad revealed Volvo was giving away a chance to win a seat on one of Virgin’s forthcoming commercial passenger-carrying spaceflights by asking people to register at www.boldlygo.com.

Volvo and Sir Richard introduced Ramsburg as the winner today during a special effects-laden news conference in New York at the New York International Auto Show. His trip is valued at $200,000.

Now, Ramsburg will wait the two to three years for Virgin Galactic (www.virgingalactic.com) to commence operating commercial flights subject to the necessary safety and regulatory approvals. He will receive astronaut training and fly on one of Virgin’s initial voyages. During the flight, he will experience weightlessness, view the stars above and see planet Earth below.

“Flying in space is a dream it seems that everyone has from a very young age onward,” Ramsburg said. “Growing up in Denver, surrounded by the Rocky Mountains, I would think, ‘what’s beyond these mountains?’ Then, as I got older and would fly on airplanes, I would think, ‘what’s beyond this sky?’ I never thought I’d actually get to find out. Now I will.”

Ramsburg, a program assistant in the admissions office at the University of Colorado-Denver and native of Northglenn, learned about Volvo’s Boldlygo Sweepstakes through media coverage in the days leading up to the Super Bowl. “It immediately caught my attention – who wouldn’t want to have that experience as a legacy? As soon as the ad ran during the game, I went to my computer and registered,” Ramsburg said.

“To launch our first-ever V8-powered and therefore most powerful Volvo, we sought a powerful launch that would leave a lasting impression on millions of people,” said Anne Bélec, incoming president and chief executive officer for Volvo Cars of North America. “Not only did it leave a lasting impression on Doug, it gives him an experience that will be treasured by him, his friends and family for generations to come. We congratulate Doug and wish him safe travels on the road and in the skies.”

During the news conference, Volvo surprised Ramsburg with another coveted prize: a complimentary three-year lease on a Volvo XC90 V8, with a goal of providing transportation for Ramsburg until his spaceship blasts off.

The technology for Virgin Galactic’s spacecraft will be modeled after the world’s first privately funded, reusable space vehicle, SpaceShipOne, which in 2004 won the Ansari X Prize by becoming the first privately funded, manned suborbital space flight. Taking off from a traditional runway, the spacecraft is powered into sub-orbit by a hybrid engine.

For free B-roll/video content about Volvo Cars and this announcement please log onto www.thenewsmarket.com/volvocars to preview and request video. If you haven’t already used this site, please take a moment to register. Once your registration is approved, you can order broadcast-standard video digitally or by tape. Registration and video is free to the media. If you have any further questions, please email us at volvocars@thenewsmarket.com “

Keywords:
Product News
Descriptions and facts in this press material relate to Volvo Cars' international car range. Described features might be optional. Vehicle specifications may vary from one country to another and may be altered without prior notification.
To view the full copyright information click here
Related Images
Mar 24, 2005 ID: 2654 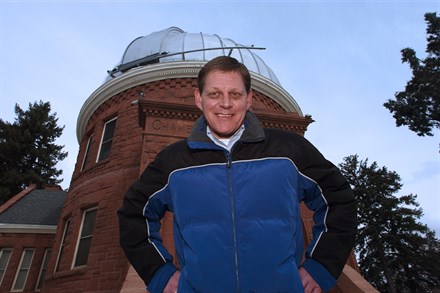 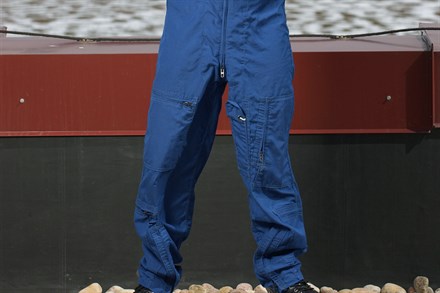