The collaboration will be further strengthened by the Volvo Cars Tech Fund’s decision to invest in Varjo. The Tech Fund is the car maker’s venture capital fund which invests in high-potential technology start-ups.

Volvo Cars and Varjo have made it possible for the first time to drive a real car while wearing a mixed reality headset, seamlessly adding virtual elements or complete features that seem real to both the driver and the car’s sensors, for development purposes. Until now, no other car maker has been able to do this.

The Varjo XR-1 headset, launched today, provides photorealistic mixed or virtual reality at a high-definition resolution better than anything currently available. As such, the XR-1 can radically reduce development timeframes by creating the new ability to evaluate features and designs almost immediately.

Compared to its predecessor, the XR-1 adds high-definition cameras to the headset and enables mixed reality. This allows Volvo Cars designers and engineers to ‘drive’ future cars and evaluate all features in a simulation environment many years before they exist, enabling the company to develop the safest cars with the most refined user experience possible.

“With this mixed reality approach, we can start evaluating designs and technologies while they are literally still on the drawing board,” said Henrik Green, chief technology officer at Volvo Cars. “Instead of the usual static way of evaluating new products and ideas, we can test concepts on the road immediately. This approach offers considerable potential cost savings by identifiying priorities and clearing bottlenecks much earlier in the design and development process.”

Highly accurate eye-tracking technology embedded inside the XR-1 makes it easy to assess how drivers use a new functionality and whether they are distracted in any way. This technology-based approach to measuring distraction levels ensures that Volvo Cars can develop new features without causing additional distraction.

“From the very beginning, our vision has been to create a product that can seamlessly merge the real and the virtual together,” said Niko Eiden, founder and CEO of Varjo. “The incredibly advanced ways in which Volvo Cars uses the XR-1 show that Varjo’s technology enables things that have been previously impossible. Together with Volvo we have started a new era in professional mixed reality."

Volvo Cars is a trailblazer within the car industry in using augmented and virtual reality in its design and development work. The partnership with Varjo is the latest and most advanced manifestation of the company’s strong position in this area. Volvo Cars believes in the power of smart partnerships with leading tech companies to develop next-generation technologies.

“Varjo is a clear leader in its field,” says Zaki Fasihuddin, CEO of the Volvo Cars Tech Fund. “The company’s technology promises a lot for the future, but also offers clear applications already today for Volvo Cars. Varjo is a textbook example of the type of companies we seek to invest in.”

Keywords:
Corporate News, Product News
Descriptions and facts in this press material relate to Volvo Cars' international car range. Described features might be optional. Vehicle specifications may vary from one country to another and may be altered without prior notification.
To view the full copyright information click here
Related Images
May 29, 2019 ID: 253690 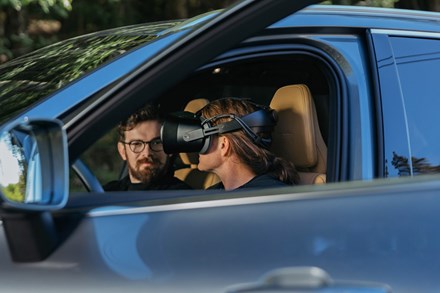 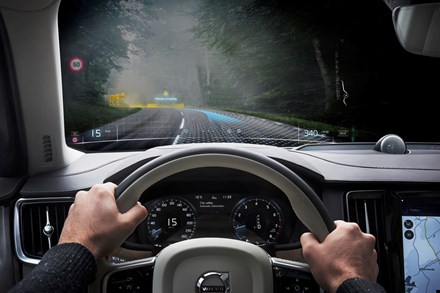 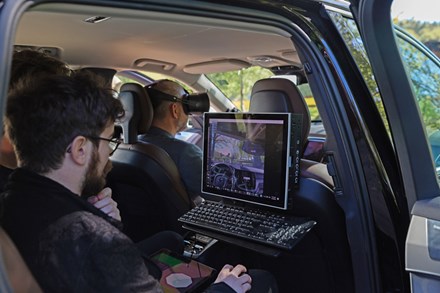